Brazil arrested ex-president Michael Temer for bribery connected to the Lava Jato, or “Car Wash” operation on Thursday, in a massive scandal dubbed “the largest foreign bribery case in history,” by the US Department of Justice. 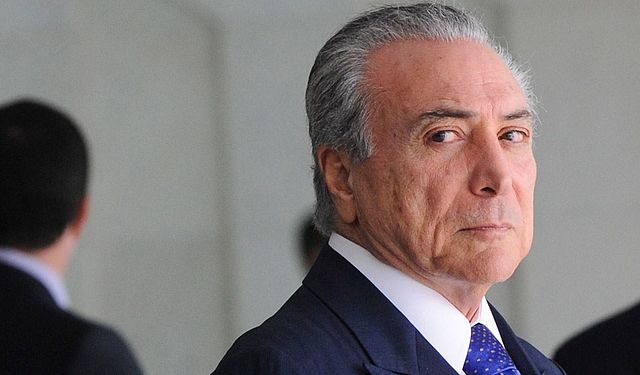 Brazil's ex-President Michael Temer (CC 4.0)Temer, whose presidential term lasted from 2016 to 2018, is the second Brazilian president to be arrested in connection with Lava Jato.

Jose Ugaz, former chair of the board for Transparency International, said it’s justice that’s been a long time in coming for the former president, who used the immunity of his position to avoid arrest for over a year.

“Temer has been investigated for at least one and a half years,” Ugaz told OCCRP.

“They had the evidence that he was seriously connected to the payment of bribes...When I was a chair of Transparency International, I was in Brazil in 2016. I made a public statement. Temer was just elected, and I asked Congress to lift his immunity so he could face justice.”

It began with allegations of money laundering by an electronics company, but went on to uncover a vast scheme in which executives at Petrobras accepted bribes in return for awarding contracts to major construction companies at inflated prices.

So far, investigations have netted officials in twelve countries connected with the bribery, including two thirds of Brazil’s senators at one time. Balance sheets have shown billions of dollars dissipating into graft.

Given the evidence against Temer, Ugaz expects a conviction.

“He has more evidence against him than Lula, and Lula is in prison. So there’s no reason why he shouldn’t go to prison following justice,” he said, referring to former president of Brazil. Luiz Inácio Lula da Silva.

Furthermore, said Ugaz, Temer’s arrest is a sign of progress. Though current president Jair Bolsonaro has drawn comparisons to US President Donald Trump--and himself is accused of corruption--Ugaz said that Brazil’s judicial institutions appear independent, and he doesn’t think that the investigation will be politicized.

“As Latin Americans, we must be ashamed because of the huge level of corruption that has captured our region. But we should be proud of how our systems are reacting. We still have capacity to act. It’s a reason for hope.”