The United Kingdom’s National Crime Agency (NCA) arrested on Monday woman who is thought to have supplied Albanian organized crime syndicates with some 500 UK passports. 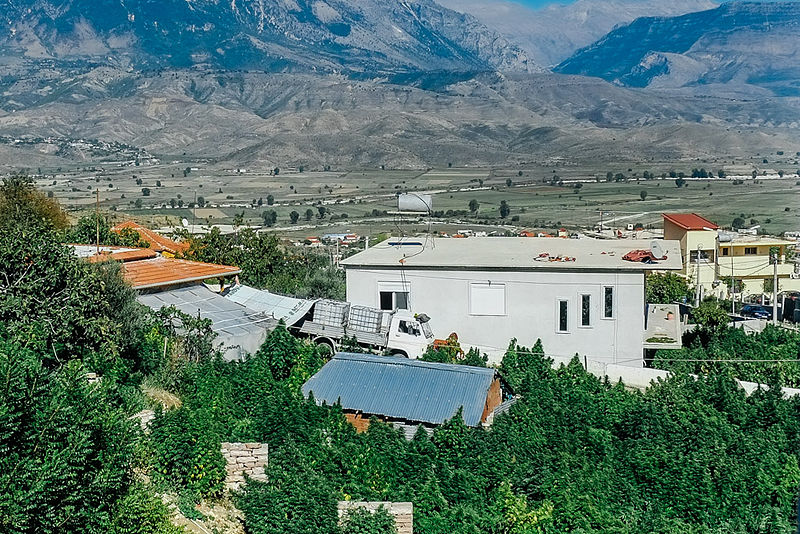 The tiny Albanian village of Lazarat was once known as the "cannabis capital of Europe," a significant cash cow for organized crime groups in the country. (Photo: Wikipedia, Kris9710, CC BY-SA 3.0)The 37-year-old Albanian woman, whom the Tuesday press release did not identify by name, was taken into custody during a NCA-led multi-agency sting targeting a criminal network that allegedly facilitated British citizenship and passports and laundered money for mafia groups.

“We believe this network has provided criminals with a way to obtain UK passports, giving them the means to commit serious crime and travel around under the law enforcement radar,” Wilson added.

NCA officers arrested the woman at an East London address on fraud charges, and have since released her pending further investigation. She is thought to have countersigned hundreds of fraudulent UK passport applications, working for a criminal ring also suspected of drug and human trafficking, child abuse, kidnapping and violence.

Officials from the Immigration Compliance and Enforcement (ICE) division of the Home Office participated in Monday’s action, visiting ten different businesses across London and the South of England, including restaurants, bars and car washes, thought to be connected to the criminal network. Nine individuals were arrested and detained for immigration offenses, and six businesses were issued civil penalty referral notices.

“We will not tolerate criminal gangs who attempt to evade the UK’s immigration controls and allow dangerous foreign offenders to live and work in the UK,” Tony Eastaugh, Director of Crime Enforcement at the Home Office, said.

According to The Global Initiative, organized crime has long been a serious issue in Albania, growing more sophisticated after the fall of communism as state institutions strengthened.

A 2016 report conducted by the Open Society Foundation for Albania says that Albanian groups have grown more prominent in international tracking networks in the past decade, especially those trafficking cannabis. Crime groups increasingly used legitimate business as protective “fronts” to mask the trafficking of cocaine and other narcotics.

Additionally, support from members of the Albanian diaspora living in wealthier Western nations, such as the woman arrested earlier this week, has helped to strengthen existing criminal syndicates.

Last October Albania signed an agreement with the European Union’s Eurojust to bolster judicial coordination in the fight against mafia groups in the Western Balkan nation.

Between January 2015 and September 2018, almost 200 cases were registered through Eurojust involving drug trafficking, fraud, contract killings, and other crimes in Albania, according to the EU Bulletin. Albania has been involved in 26 international investigations into such crimes in the past three years.

The ubiquity of organized crime groups and the political power they wield has become a problem for the Balkan nation’s campaign to join the EU. In June 2018 EU ministers postponed the accession decision for Albania until at least the following June, citing rampant corruption and an ineffectual judicial system.