Report: The Rich Will Get Richer and Will Emigrate

As money laundering scandals make headlines and public anger mounts about the massive amounts of unexplained cash flowing into European nations and banks, governments will go one of two directions: court the world’s ultra-wealthy, or make life more difficult for them. 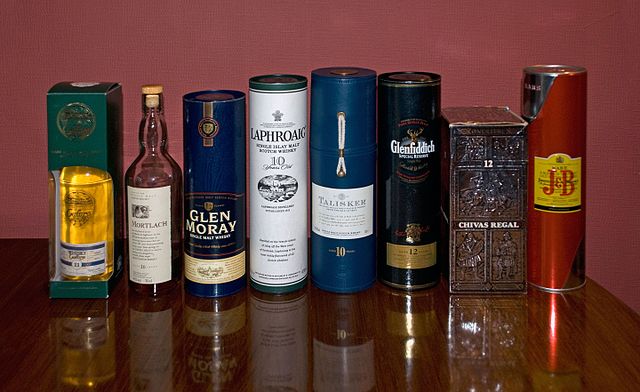 Scotch whiskies (CC 4.0)Meanwhile, over a quarter of the world’s wealthiest individuals are planning to emigrate over fears of economic risk in their home country.

These are the conclusions of the 2019 Knight Frank Wealth Report, released last week, which analyzes and attempts to predict the behavior of the world’s nearly 199,000 people whose wealth amounts to over US$30 million--termed Ultra High Net Worth Individuals (UHNWIs).

“As wealth increases, 2019 will see governments settle into two camps: the first will try to attract more of it; the second will seek to push it away,” wrote the consultancy.

In the former camp, it said, are governments like Italy, which has as of recently a new tax scheme under which the wealthy can move their official tax residence to the country, and pay just a flat rate of 100,000 euros ($113,000) a year on all non-Italian income.

Pushing away wealth, it says, are places like Singapore, Australia, New Zealand, Canada and the UK, which will make “wealthy non-residents jump through ever larger hoops to access their property markets.”

Singapore has upped the taxes nonresidents pay on residential property last summer and the UK just announced tepid reforms to its own golden visa scheme, which would mean more stringent examination of the source of the wealth for those who seek a Tier 1 visa by investing over two million pounds into the economy.

Still, with the world’s largest UHNWI population, London will remain the leading global wealth centre in 2019, followed closely by New York, according to the consultancy City Wealth Index.

The report also predicted that citizenship and residency by investment schemes, that is, golden visas, will grow ever more popular, even as they come under fire in some jurisdictions.

“A growing number of citizenship and residency by investment schemes are cropping up across the globe – the latest introduced in Moldova and Montenegro,” it says.

The reason for this, said the report, is economic risk in emerging markets. It found that over 26 percent of UHNWIs surveyed planned to emigrate permanently, and 36 percent already hold a second passport.

With the existing number of ultra rich expected to become even richer over the next 12 month and their number to rise by 22 % over the next five years, their investments are diversifying.

While buying classic cars, art or property was popular over the past decade, the interest in collectables will expand into new areas, such as a certain kind of liquid asset, the report said.

Next to rare coins and old cars, rare whisky has now made it on the Knight Frank luxury asset index. Its value has increased 582 percent in ten years, with the new record sale price of £1.2 million for a single bottle. Watches, meanwhile, rose only 73 percent.