Another Canadian cabinet member resigned Monday after she said she had “lost confidence” in the administration’s managing of a corruption inquiry that has taken Prime Minister Justin Trudeau’s government by storm. 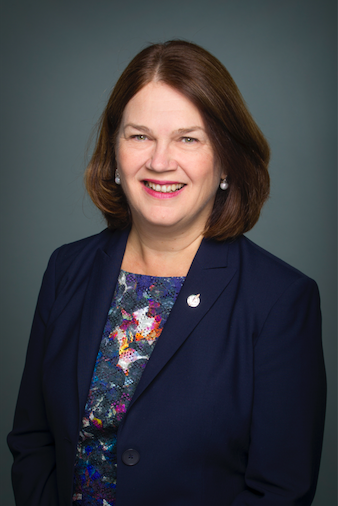 MP Jane Philpott (Photo: Parliament)In a statement both resolved and regretful, Treasury Board President Jane Philpott wrote that “there can be a cost to acting on one’s principles, but there is a bigger cost to abandoning them.”

A former family physician, Jane Philpott was elected to Parliament as a member of the Liberal Party in 2015, and has served as Minister of Health, Minister of Indigenous Services, President of the Treasury Board and Minister of Digital Government.

Philpott said that her position in Cabinet had become “untenable” after “evidence of efforts by politicians and/or officials to pressure the former Attorney General to intervene in the criminal case involving SNC-Lavalin...raised serious concerns for [her].”

The SNC-Lavalin affair centers around accusations originating in a February 7 Globe and Mail article that alleged Trudeau’s office tried to pressure the former Attorney General, Jody Wilson-Raybould, to intervene in a corruption and fraud case against SNC-Lavalin, a Montreal-based engineering company.

SNC-Lavalin faces charges of fraud and corruption in connection with nearly US$48 million in payments made to Libyan government officials between 2001 and 2011.

Wilson-Raybould corroborated the story in front of a parliamentary justice committee last Wednesday, saying she was “hounded” by various officials to influence the case. She also said in a statement published on February 12th that she would resign as Minister of Veterans Affairs.

A few days after Wilson-Raybould’s resignation, Gerald Butts, the principal secretary to Trudeau and his friend since university also quit, saying that “any accusation that [he] or the staff put pressure on the Attorney General is simply not true.”

Trudeau said on Tuesday that while he was “disappointed” to hear of Philpott’s resignation, he “understand[s] her decision to step down.”

Trudeau is up for re-election in October and the most recent polls indicate he is losing favor. If an election were held tomorrow, Trudeau would receive only 31 percent of the popular vote—down three points from a couple of weeks ago—while Conservative Party Leader Andrew Scheer would receive 40 per cent, according to a poll of 1,000 Canadians conducted early this month for Global News.