A war of words erupted between top Kenyan politicians on Sunday over a new US$50,000 car that Kenya’s deputy president, William Ruto, attempted to gift to the nation’s new archbishop, Philip Anyolo, during his installation in January. 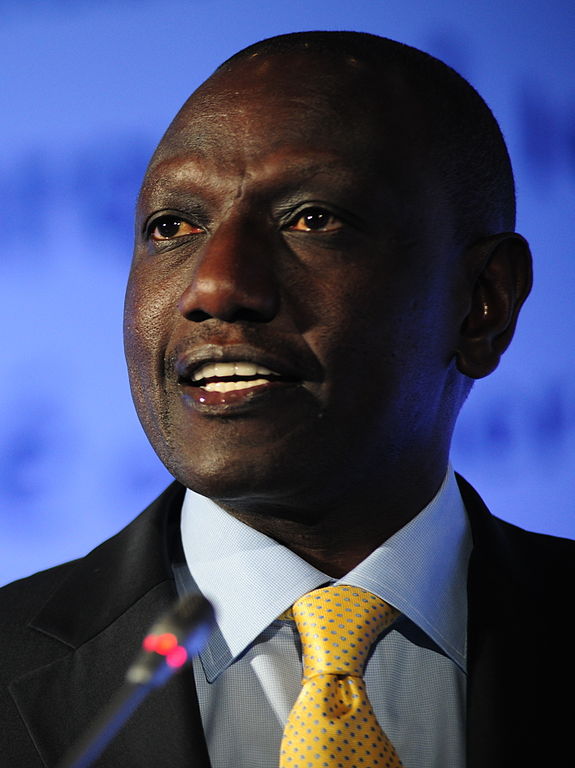 William Ruto (CC 2.0)On Saturday, former Kenyan Prime Minister Raila Odinga told reporters that the Church had not accepted the gift because it was bought using dirty money. Church officials said the car was parked unused outside a pastoral compound.

Ruto lashed back at Raila. “The master of deceit as always is spewing desperate lies,” he tweeted. “The car gift was bought by Christian leaders including UK and myself at the request of the chair of Catholic mps. Understandably Empowering the church offends magicians and the evil spirits they worship.”

Ruto, deputy President of Kenya, is popularly perceived as East Africa’s most corrupt public official, according to a 2018 poll conducted by Ipsos. Shortly after he gave the car to the new archbishop, Father Gabriel Dolan, a prominent Catholic missionary in Kenya, said on national television that accepting the gift could sully the Church’s reputation.

“Religious institutions should not accept contributions from elected or appointed state officers that are given hullabaloo, with fanfare… what we saw in Kisumu was a fanfare,” he said.

“There are many, many questions about Mr. Ruto. Where has he got this money? When there’s integrity issues, the church must be seen to be above that.”

The spat comes as Ruto’s political allies are urging President Uhuru Kenyatta to dissolve the government amid corruption allegations. The country slid a point on this year’s Transparency International Corruption Perceptions Index.