Italian police said they arrested on Saturday one of the country’s most dangerous fugitives, Camorra boss Marco Di Lauro, who was on the run for 14 years. 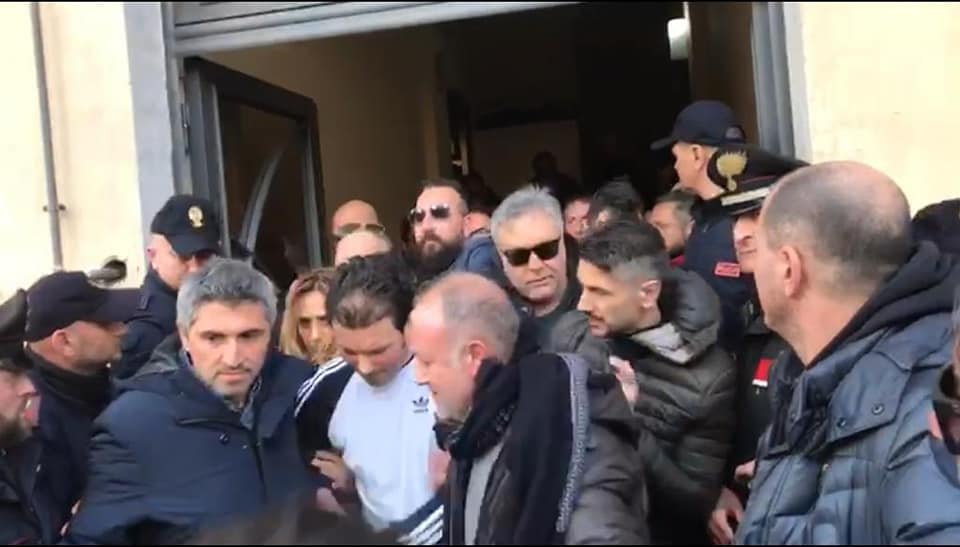 Police carry away Marco Di Lauro on Saturday (Credit: Polizia di Stato)Di Lauro, 38, was eating pasta asciutta and pistachios with his two cats besides him when police arrived at his modest apartment on the outskirts of Naples, Il Mattino reported. His partner was doing household chores and hugged him as police took the wanted man away.

Despite being at the top of Italy’s most dangerous fugitives list, Di Lauro surrendered without resisting. Three of Italy’s police forces deployed 150 men to carry out the arrest.

The Di Lauro clan, originally headed by Marco’s father Paolo Di Lauro, was involved in a deadly feud with another Camorra clan in the early to mid 2000s. Marco was already a fugitive since 2004, when he escaped during a raid known as “the night of the handcuffs,” La Repubblica reported.

In 2006, Marco Di Lauro was added to international wanted lists such as Europol’s, for being an instigator of the murders during the fued.

Italian authorities had suspicions Di Lauro was hiding in the Northwestern Napolitan neighborhood of Chiaiano. Police told Italian media that on Saturday they were following alleged Di Lauro associate Salvatore Tamburrino. They found his wife murdered in Chiaiano, for which Tamburrino turned himself in, and during the investigation into the murder, they found Di Lauro.

“In the early afternoon, there was an unusual frenzy of the investigation that allowed us to bind together the plot that lead us to the house where Marco Di Lauro was hiding,” Naples Police Chief Antonio De Iesu told Italian media.