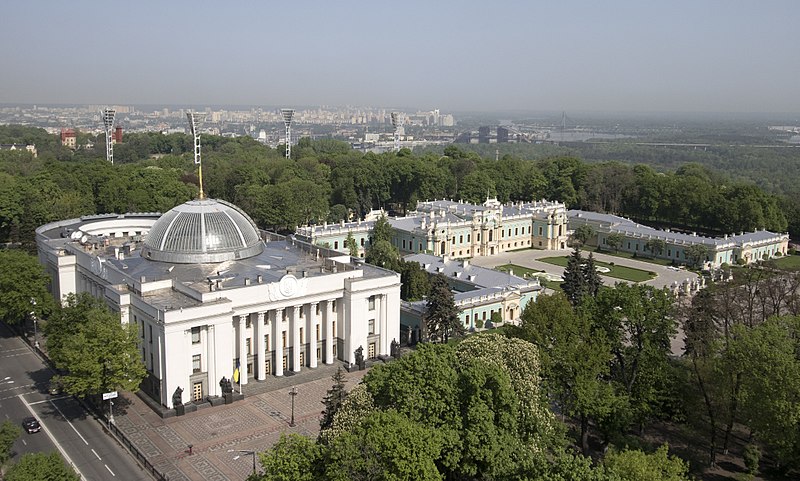 Verkhovna Rada, Ukraine's parliament. (Photo: Wikipedia, Zeynel Cebeci, CC BY-SA 4.0)“I want to reassure everyone once again, as President, who was at the root of the creation of the whole anti-corruption infrastructure…[that] today we have to do everything in our power to block any opportunities for illegal enrichment, to ensure the investigation of all criminal cases and the inevitability of punishment for illegal enrichment,” Poroshenko said in a statement.

The Constitutional Court of Ukraine threw out the criminal code article on illegal enrichment only a few days ago, saying that the different articles of the law make it impossible to force someone to prove the legal origin of their assets.

The National Anti-Corruption Bureau decried the repeal as “politically motivated” and “step backwards in the anti-corruption struggle.” The move “contradicts Ukraine’s obligations under the UN Convention against Corruption [and] its agreements with the International Monetary Fund and the European Union,” NABU added.

NABU is currently engaged in 65 criminal proceedings relating to illegal enrichment involving more than US$18.6 million (500 million hryvnias) in funds and assets, according to a statement.

Poroshenko’s proposal comes just two days after lawmakers announced they would move to impeach him following an eruptive media report linking him to a corruption scandal involving the President’s friends who have allegedly stolen from the country’s defense industry.

Former Prime Minister Yulia Tymoshenko, who will face off against Poroshenko in this month’s elections, made the announcement in Parliament on Tuesday, where she said his actions were “consistent with state treason.”