The UK’s National Crime Agency seized property related to the home of an alleged senior member of a Northern Irish paramilitary group, the agency said Friday. 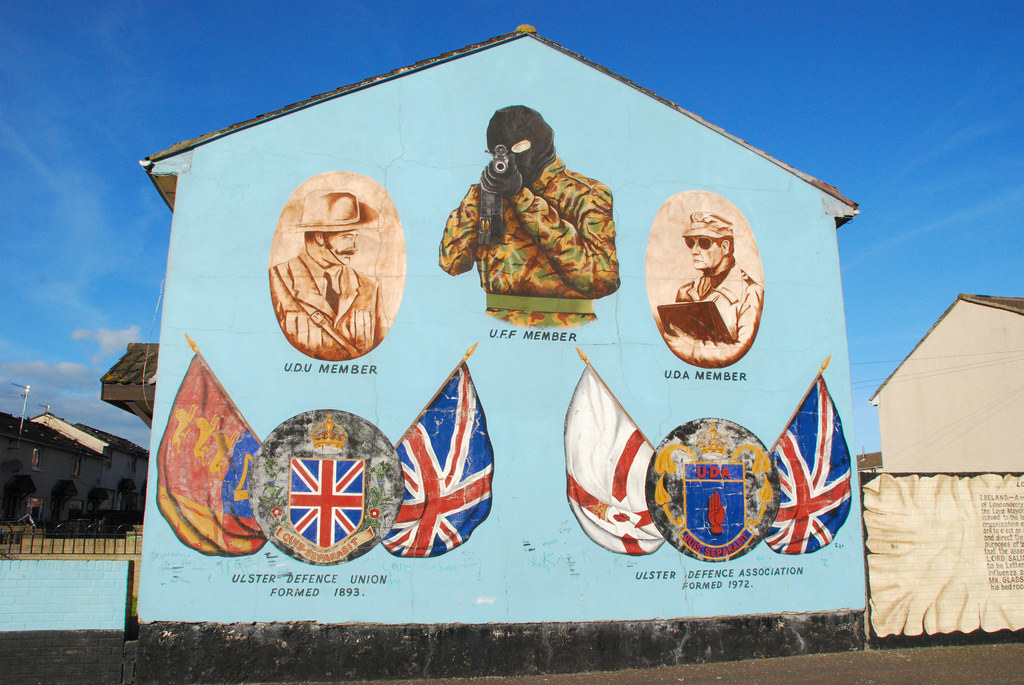 A Loyalist mural in Belfast, Northern Ireland (Photo: Flickr, Borja García de Sola Fernández, CC BY 2.0)The investigation, carried out by officers from the NCA’s Paramilitary Crime Task Force (PCTF), alleges that the paramilitary member acquired the property in Carrickfergus, in County Antrim, using the proceeds of mortgage fraud, tax evasion and money laundering, before placing it under his wife’s name.

“Civil recovery and tax plays an integral role in the work of the PCTF, and these powers are a strong tool in preventing those engaged in criminal activity from benefiting financially or materially from it,” NCA Branch Commander Billy Beattie said.

The defendants did not contest the case and allowed the house to be recovered.

The Ulster Defence Association South East Antrim Brigade (SE UDA), of which the NCA believes the suspect was a member, was one of six brigades under the UDA, the largest Ulster loyalist paramilitary and vigilante group in Northern Ireland that is responsible for killing hundreds of people during the Troubles. The UDA was a legal organization until it was banned by the government in 1992 after authorities could no longer deny it was engaged in terrorism.

The South East Antrim Brigade, described by the Guardian as “one of the most dangerous factions of the UDA,” split off from its parent organization in 2014.

A member of the SE UDA who spoke to the BBC News NI in 2016 estimated there are about 2,000 members of the UDA in the south east Antrim area and that the organization controls “all the criminal activity” in the local towns, including “100%” of the illegal drugs network.

“Anybody that deals drugs, must go through the UDA, they must buy them from the UDA,” he said.