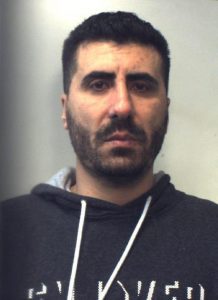 Hailing from the mafia heartland of San Luca, a village in the Calabrian mountains, Strangio enjoyed a close relationship with South American narcos, with whom he negotiated cocaine prices and arranged shipments to Europe.

According to investigators, he could also rely on an extensive network of accomplices in Italy and across Europe. Associates based in Germany, the Netherlands and Belgium ensured the drug hauls would enter the continent undetected and would then be transported to their final destinations.

Following a year-long manhunt led by the Carabinieri force from San Luca, Strangio was discovered in an apartment on the last floor of a residential block in Rosa, a tiny village in the province of Cosenza, Southern Italy.

Investigators said Strangio had been moving between different locations in the area, while still keeping tabs on the illicit affairs of the criminal group.

In the hideout investigators found multiple fake IDs and passports which Strangio had allegedly used to evade authorities. They also seized 8,000 euros (US$9,000) in cash and recovered three partially-burnt mobile phones from the house's fireplace.

Strangio was allegedly ready to flee again when police tore down the flat’s armored front door and handcuffed him.

Strangio had been named as one of the hundred most dangerous fugitives by Italian authorities.