US Alleged to have Backed Guatemala’s Corruption Coverup

When Guatemala expelled a UN-backed anti-corruption commission in early January, the US issued only a vague statement that did not even mention the commission. US media outlets, including Foreign Policy magazine, are now claiming that the US Republican party was working behind the scenes to undermine the commission prior to the incident. 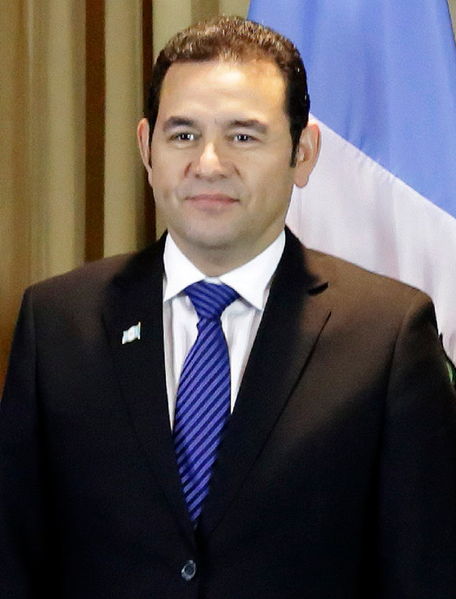 Guatemalan President Jimmy Morales (Photo: Presidency of the Republic of El Salvador, CC0 1.0)Despite campaigning on a strong anti-corruption platform, President Jimmy Morales condemned the International Commission Against Impunity in Guatemala (CICIG), responsible for bringing down two former presidents, when it started looking into him.

He claimed it had overstepped its power and become politicized. He also said it had been infiltrated by Russia in order to persecute a family of Putin critics who had migrated to Guatemala to escape persecution in Russia. The commission had found that the family had gotten fraudulent passports into Guatemala.

The US State Department debunked the allegations in mid-2018, but some Republicans continued to support the idea of a Russian infiltration of the UN body.

Republican Sen. Roger Wicker stated in late 2018, when Morales revoked the visas of the UN investigators, that it was “a necessary step in affirming (Guatemala’s) sovereignty".
“A nation’s sovereignty is the core of its freedom,” echoed another Republican senator when the body was finally kicked out in January 2019. “Guatemala has every right to speak up and defend violations of sovereignty and abuses committed by the International Commission against Impunity in Guatemala.”

Earlier, in May 2018, Republican Sen. Marco Rubio had blocked $6 million in State Department funding for the commission. He said, “I am concerned that CICIG, a commission mostly funded by the United States, has been manipulated and used by radical elements and Russia’s campaign against the Bitkov family in Guatemala.”

According to Foreign Policy, Americas Quarterly and The Progressive, the US backed Morales’s efforts to discredit the commission because of Guatemala’s support when the US announced the move of its embassy in Israel. Guatemala also later decided to move its embassy to Jerusalem.

An investigation by McClatchy claims that Republican support in discrediting the commission was bought by wealthy Guatemalans spending $80,000 a month for Washington lobbyists.