A year after four men were arrested for smuggling a half tonne of cocaine into the United Kingdom on a private jet, another man was arrested Wednesday. 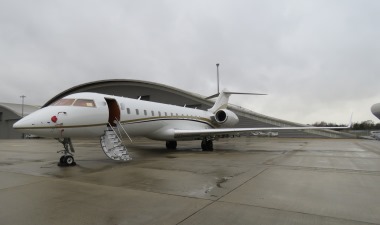 Border Force officers seized a half tonne of cocaine from a private jet in January 2018. (Photo: NCA)The unidentified 34-year-old from Bournemouth was arrested by UK police, who did not explain his connection to the prior arrests. A sixth Spanish national living in Bournemouth has also been charged in the case; police did not identify either suspect.

The case that has already racked up more than 90 years in prison sentences.

The initial arrests occurred when Border Force officers discovered 513 individually-wrapped blocks of cocaine in the suitcases of four men flying to the Farnborough Airport directly from Bogota, Colombia on a private jet in January 2018.

According to a news release last August from the National Crime Agency (NCA):

Following a four-week trial in August, a jury found them guilty and the group was sentenced to a total of 92 years in prison.

The half tonne of cocaine was 79 percent pure, according to investigators, and had an estimated street value of US$54 million.

“Although this was not a particularly sophisticated smuggling attempt it clearly had significant financial backing,” Turby said. “The loss of profit that would have been made from this seizure will be a huge hit to the wider criminal networks involved.”