The illegal wildlife trade in Hong Kong is booming, according to a new study, and consequently contributing to a global extinction crisis by supplying an increasing demand for wildlife products in Asia, particularly China. 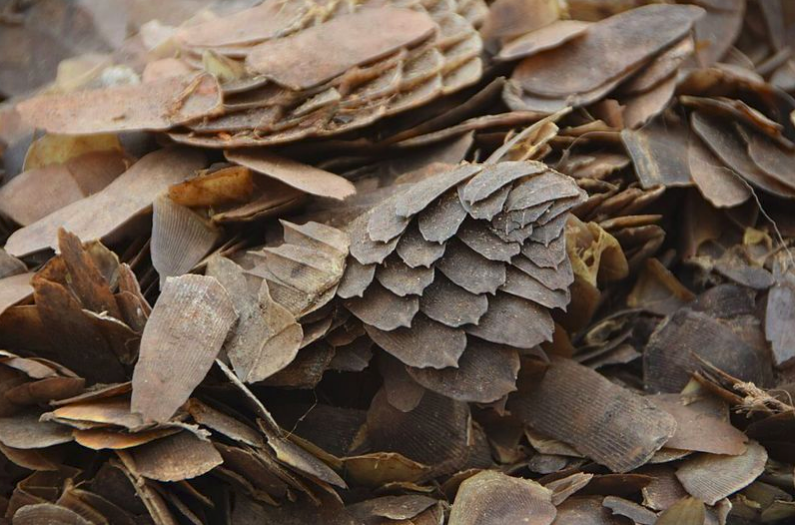 Confiscated pangolin scales in Cameroon in 2017 (Photo: Kenneth Cameron, CC BY 2.0)In a report released Monday, conservation groups said Hong Kong has become a hub for wildlife crime, as millions of animals, plants, and their derivatives are trafficked through the city every year by organized smugglers who rarely face stiff penalties.

Hong Kong accounts for around a fifth of all global ivory seizures and almost half of all pangolins seized in the last decade, according to the report, yet authorities do not classify wildlife offenses as organized crime. (The pangolin is a scaly mammal similar to an armadillo, although the two are not related. They are trafficked primarily for their scales, which are used in traditional medicine, and for their meat, which is a high-end delicacy in China and Vietnam).

"Wildlife crime in Hong Kong remains under-policed and under-investigated," said Amanda Witfort, a professor at Hong Kong University's Faculty of Law and one of the study’s authors.

Failure to treat the trade as organized, she added, “hampers authorities’ powers to effectively prosecute those behind the networks and syndicates that take advantage of Hong Kong’s position as a major trading port.”

In Hong Kong, experts say the diversity of endangered species trafficked through the city has increased by 57 percent over the last decade, while the estimated value of the trade has simultaneously grown by 1,600 percent.

The study released Monday by Hong Kong Wildlife Trade Working Group , a coalition of local groups, is based on a compilation of data from January 2013 to December 2017.

According an analysis of seizures for three commonly trafficked species since 2013, the volume of animal parts could equate to the death of 3,000 elephants, 65,000 pangolins and 51 rhinoceros. Researchers, however, warned the actual number could be five to 10 times higher.

Lisa Genasci, CEO of the environmental group ADM Capital Foundation, warned this could have irreversible consequences.

“Extinction of elephants, rhino, pangolin and many other species in our lifetime is on the horizon, unless the illegal trade is stopped,” she said.