Mexico to Get New Drug-Fighting Force

Mexico is one step closer to getting a new ‘National Guard’ to help the fight against endemic organized crime after the lower house voted overwhelmingly in favor of the force on Wednesday. 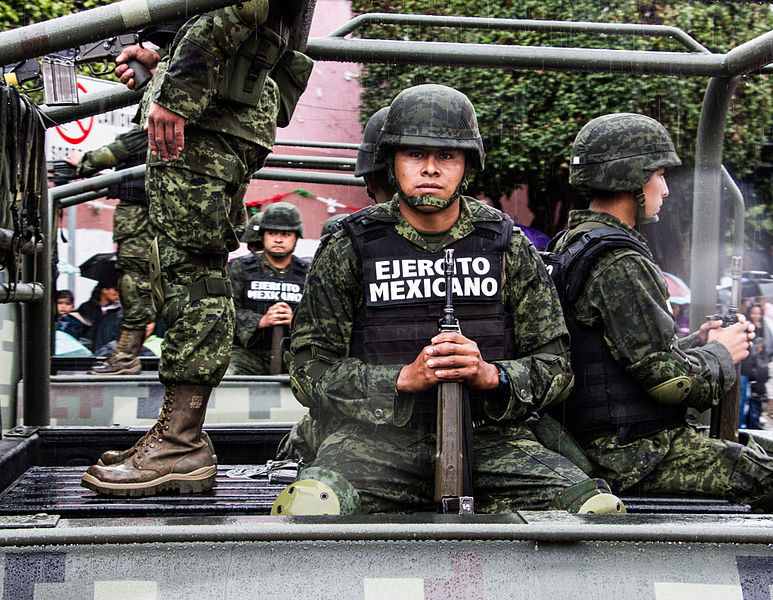 Mexican Army (Photo: Tomascastelazo, CC BY-SA 3.0)The force will initially be comprised of 60,000 officers transferred from the Army and Navy as well as from the Federal Police, which President Andres Manuel Lopez Obrador eventually intends to dismantle. The force will be overseen by the Ministry of Defense.

Homicides in Mexico have been on the rise in recent years. In 2017, criminal groups were linked to 18,898 executions while only until November 2018, a total of 31,285 people were murdered.

Experts estimate that with December’s statistics this figure could hit 35,000 victims.

InSight Crime – a foundation dedicated to investigation and analysis of organized crime in Latin America – explains that these rising figures are due to “an evolution in cartel operations where they’ve seen a benefit to operating in a less hierarchical way” wherein “more pressure [from authorities] has caused them to operate more under the radar with less clear command and control.”

The foundation recently published an article on the fragmentation of organized crime syndicates, claiming the arrests and killings of the cartels’ leaders lead to more violence.

The creation of the Guardia National force became, nevertheless, one of the commitments from his Peace and Security Plan. The proposal requires constitutional change which is still to be approved by the upper house.

However, MPs opposed to the creation of the force say that it results in the “militarization of public security,” claiming they are “against implementing actions that do not guarantee its [peace’s] functionality and violate the human rights" of Mexican citizens.

Human Rights Watch (HRW) and Amnesty International have previously expressed concern that the force will be, ultimately, a threat to security and human rights. HRW’s Americas director Jose Miguel Vivanco said that “Lopez Obrador is inheriting a human rights catastrophe that has been caused in large part by the militarization of public security in Mexico.”

“Deploying the military to contain criminal violence has produced widespread human rights violations – including executions, enforced disappearances, and torture – and underscores why the military should not be used for law enforcement,” Vivanco said.