China is demanding Canada immediately release the chief financial officer of Chinese telecoms giant Huawei, who was arrested on unspecified charges in Vancouver Saturday and now faces possible extradition to the United States. 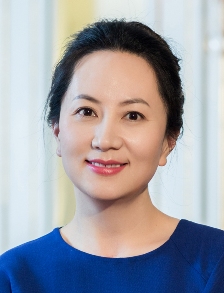 Meng Wanzhou was apprehended in Canada over the weekend at the request of the US. (Photo: Huawei website)In a statement on Thursday, the Chinese embassy in Ottawa urged Canadian officials to “correct the wrongdoing and restore the personal freedom of Ms. Meng Wanzhou,” whose detainment they called a serious human rights violation.

At the request of the US, the statement said Canada arrested a Chinese citizen who was “not violating any American or Canadian law," and that the Chinese government "firmly opposes and strongly protests over such kind of actions.”

The Wall Street Journal reported in April that the US Justice Department is investigating whether Huawei violated sanctions against Iran in a series of actions by the American government meant to diminish the company’s business dealings in the US.

In February, officials from the CIA, NSA, FBI and the Defense Intelligence Agency testified in front of the Senate Intelligence Committee that Huawei posed a security threat to American customers.

A spokesperson for the Justice Department confirmed the US is seeking Meng’s extradition, but said further details cannot be provided because a publication ban is in effect at Meng’s request.

Huawei, which recently surpassed Apple as the second-largest smartphone manufacturer in the world, said in a statement Thursday that Meng was arrested while transferring flights in Canada but they don't know what charges she may be extradited to face.

“The company has been provided very little information regarding the charges and is not aware of any wrongdoing by Ms. Meng,” the statement said. “The company believes the Canadian and US legal systems will ultimately reach a just conclusion.”

Meng appeared in court Wednesday and a bail hearing is scheduled for Friday.