Italy’s military police descended upon Palermo, Sicily at the break of dawn Tuesday to arrest the alleged leader of Sicily’s notorious Mafia, also known as the Cosa Nostra, ANSA reported. 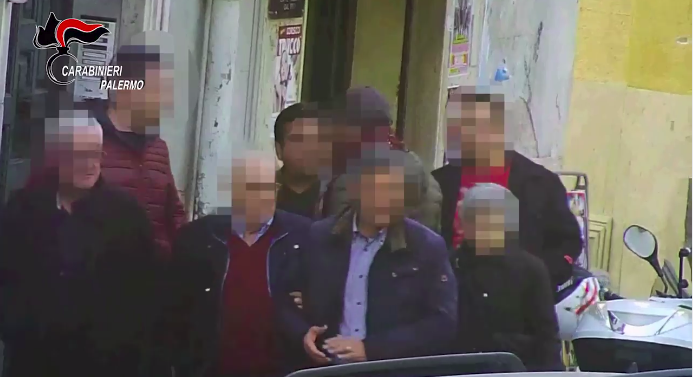 Surveillance footage taken during the investigation leading to the arrest of Settimino Mineo (From: Carabinieri Palermo)Along with 45 other alleged Mafiosi, Settimino Mineo, 80, is facing charges of Mafia association, aggravated extortion, asset fraud, malicious damage by fire, and the unauthorized carrying of weapons.

The purported jeweller allegedly became the new head of the Cosa Nostra after previous boss Salvatore “Toto” Riina, also known as “the beast” and the “boss of all bosses,” died in prison last year.

“The 46 arrests, and in particular the one of Settimo Mineo, represent one of the biggest blows inflicted on the Mafia by the state,” Prime Minister Luigi Di Maio wrote on Instagram. “Mineo had been elected ‘heir’ of Toto Riina after his death. There is no more room for this type of scum in Italy.”

Riina, infamous for his brutal command over Sicily’s underworld, was put behind bars in 1993 for ordering dozens of murders and killing two famous anti-Mafia magistrates who brought down the Cosa Nostra during a huge trial that tried hundreds of organized crime figures between 1986 and 1992.

One of the magistrates that would later be murdered, Giovanni Falcone, had ordered Mineo arrested in 1984 on various organized crime charges. Once the “maxi-trial” was underway, the judge sentenced Mineo to five years in prison.

Mineo was again arrested on mob-related charges in 2006 and was released last year. Italy’s Minister of Interior Matteo Salvini said on Twitter that Tuesday’s operation had, in essence, decapitated the mob.