A former business partner of a United States military contractor was sentenced to 18 months in prison for bribing US Army officials with millions of dollars during the Iraq War, the US Department of Justice announced Monday. 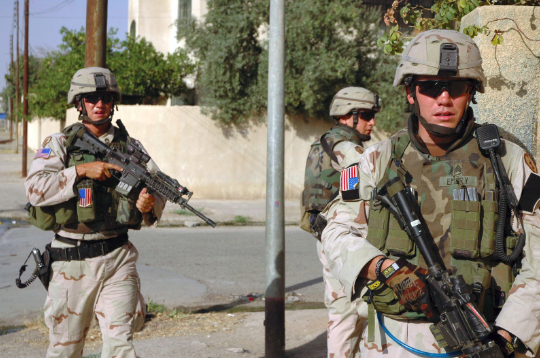 US Army troops on patrol in the Iraqi city of Mosul in 2005.Finbar Charles, a 62-year-old citizen of the Caribbean island nation of Saint Lucia, is a member of a group that bribed US military officials in return for contracts and then laundered the money. Three former army majors and at least 10 other people have been convicted or pleaded guilty over the scheme.

As a business partner of former US military contractor Terry Hall, Charles admitted that he falsified documents in order to conceal the true nature of bribery payments made in exchange for favorable contracts to deliver bottled water to and construct security fencing at US military bases in Kuwait and Iraq.

Charles pleaded guilty to orchestrating bribe payments and managing bank accounts in Kuwait and the Philippines that handled the money. He received some US$230,000 in illicit gains from his participation in the operation, which ran between 2005 and 2007.

Hall was sentenced to 39 months in prison in 2012 for his role in the scheme.