El Chapo Trial: Ex-Accountant Tells How Billions Were Made

A former associate in charge of the Sinaloa cartel’s finances testified against Joaquin “El Chapo” Guzman on the second day of the trial against the alleged former leader of one of the biggest drug trafficking groups in the world, the Washington Post reported Wednesday. 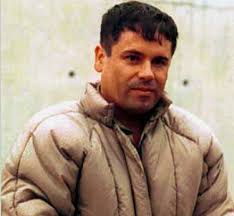 Joaquin Guzman (US Drug Enforcement Agency)Jesus Zambada Garcia was the Sinaloa cartel’s chief accountant for more than 15 years. A day after opening statements, Zambada told the Brooklyn court that his brother Ismael “El Mayo” Zambada and Guzman ran the Mexican cartel. Before his arrest in 2008, Zambada testified, he was a cartel lieutenant himself and described his position as “the leader of Mexico City.”

On Tuesday, El Chapo — who has been in solitary confinement since his extradition to the United States last year — pleaded not guilty to heading a multi-billion-dollar drug smuggling organization that trafficked cocaine and other drugs as far as New York and New Jersey.

Guzman’s defense lawyers said their client is being framed for the actions of another reputed trafficker who evaded capture with bribes.

According to the accountant’s testimony, Guzman had a warehouse in Mexico City where they stored cocaine flown-in from Colombia, “controlled” an airport in the capital, and bribed the government for protection.

The drugs usually made it to US border in gas container trucks with a special compartment for the cocaine.

“The object of the business is to control the market and prices of the product that the cartel manages, and also expenses for the services that are necessary to make the product arrive at the customer,” Zambada said.

Prosecutors called in Zambada as the third witness and started by establishing his closeness to Guzman. They showed how he helped Guzman escape prison in 2001 by bringing in a helicopter. Asked how he knew so much about the cartel’s inner workings, the witness said, “I was in the cartel.”

Zambada said his brother and Guzman were two of the four leaders of the cartel, while he and three others were “subleaders.”

Below them other delegates across Mexico worked to ensure cooperation from authorities and “workers,” which included “sicarios” who “kill people,” “drivers” who looked after transport, “pilots of boats, ships and planes,” also “engineers” who made sure communications were encrypted, and “security guards” who would protect the shipments.

At first, Guzman seemed agitated faced with his old partner and friend, but gradually relaxed listening to Zambada’s evidence, sat back in his chair, folded his arms and crossed his legs. At one point he even laughed out loud.

Apart from being the cartel’s accountant, Zambada was responsible for running its “plaza” in Mexico city from the 1990s until his arrest. Running the plaza meant responsibility for three warehouses.

He described how the cartel leaders would bring together funds to invest in 30,000 kg cocaine shipments from Colombia. At first, they would split the proceeds from the shipments 50-50 with the Colombian suppliers, but then started increasing their share.

By each investing a part of the shipment, the leaders would be able to buy a big load “to strengthen the cartel,” and if it did not make it to the selling point, “they lost some capital but not very much.”

The further north a shipment would go, the more money they’d sell it for, although transport would cost more too. A kilo has US$20,000 in street value in Los Angeles and costs about $7,000 to get there.

Getting a load of 15,000 kg to the Californian city would mean $195 million for the cartel and $39 million for each investor.

Further away from Mexico, a kilogram in Chicago sells for $25,000 but costs $9,000 in transport, so investors make $48 million per shipment.

Getting cocaine to New York meant $35,000 per kilo and the same transport costs as Chicago, netting the cartel leaders $78 million per person.

An average year meant making billions, most of which went “back to Mexico” and was invested in other shipments.

Zambada’s brother “El Mayo” is now presumed to be running the cartel after orchestrating a coup against Guzman.