The president of the Mumbai Congress said a local forests minister has links to international poaching mafia and targeted him for the killing of a tiger that officials say took the lives of 13 people, India Today reported Saturday. 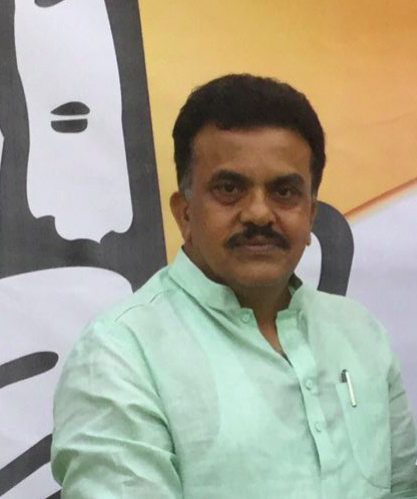 Sudhir Mungantiwar became forests minister in 2014 and since then, 51 tigers have been killed in his state, Nirupam said.

“In 2017, Maharashtra had second highest number of tiger deaths after Madhya Pradesh," he added.

Tigers are not safe under Mungantiwar, said Nirupam, explaining that Maharashtra — best known for its capital Mumbai — is the only state that has not installed surveillance systems, as required by rules set by the National Tiger Conservation Authority.

Nirupam said that tenders for the surveillance systems were scrapped twice by the Maharashtra government and he requested an inquiry by India’s Central Bureau of Investigation (CBI) into the safety of tigers under Mungantiwar.

Poaching has led to 85 tiger deaths across India in 2018 and 116 the year before, according to the Wildlife Protection Society of India (WPSI).

“Until recently, habitat loss was thought to be the largest single threat to the future of wild tigers in India,” according to WPSI. “It has now been established that the trade in tiger bones, destined for use in Oriental medicine outside India's borders, is posing an even larger threat.”

Oriental medicine uses almost every part of the big cat to treat a variety of illnesses from epilepsy, baldness, toothaches, joint pain, ulcers and boils to nightmares, fevers, headaches, laziness and even possession by evil demons, according to National Geographic,

The "hu gu," Mandarin for bones, are the most highly prized parts and used to treat rheumatism, arthritis, impotence and a dwindling libido.

While tiger poaching is not a priority for many politicians, it does pose a significant threat in the form of cross-border crime organizations.

“Neither India, Nepal nor China have shown the political will at the highest levels needed to combat wildlife crime,” WPSI said in a 2016 report. “The trans-Himalayan skin trade is not an overnight or opportunistic phenomenon. It is a well-established criminal business bearing all the hallmarks of transnational organized crime.

The Aam Aadmi Party, of which Nirupam is a member, demanded an inquiry into tigress Avni’s death and supported the allegation that Mungantiwar, member of the opposing right-wing Bharatiya Janata Party, is a “forest mafia.”

AAP spokesperson Preeti Menon said Mungantiwar is working for a Union Minister who has set up cement factories by acquiring forest land.

Menon called the current inquiry committee a hoax and demanded the inclusion of ballistics and veterinarian experts.

The AAP spokeswoman was joined during a press conference by Indian actress and animal activist Rupali Ganguly who said that the investigation into the tigress’ killing should be headed by a committee of forest, forensic, cyber, veterinarian and shooting experts.

The actress said the state government, which paid a sharpshooter almost US$7,000 to kill the tigress, should use its resources to find Avni’s cubs. She also demanded for the resignation of Mungantiwar.