Romania Orders Journalists Investigating Corruption to Give Up Sources 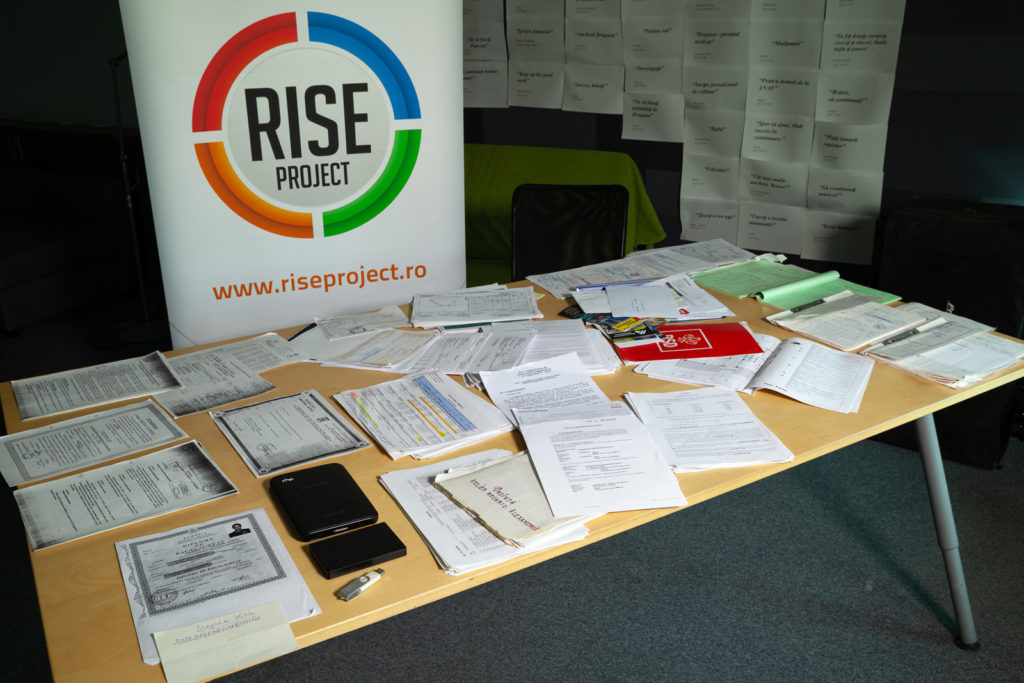 The Teleorman Leaks documents found by Rise (Credit: Rise Project)If RISE does not comply, the OCCRP partner could face fines of up to €20 million (US$22 million).

The authority’s letter to RISE cites the EU’s General Data Protection Regulation (GDPR) as a basis for ordering RISE to reveal its sources. Failure to respond within 10 days could lead to a fine of €650 (3,000 lei) per day, and additional fines up to a maximum of €20 million.

The journalists at RISE Project reacted swiftly. “The ‘Dragnea’ group is trying to intimidate RISE Project by invoking the European legislation, after they themselves were accused of stealing EU money,” RISE Project said on Facebook Thursday.

“Today, through this notification, the National Supervisory Authority for Personal Data Processing (ANSPDCP) asks us to disclose the sources in #TeleormanLeaks and information about all the data that we have relating to the people involved. ANSPDCP also threatened us with penalties of €20 million if we do not provide access to our IT systems.”

Europe’s GDPR specifically requires protections for journalism. According to the ANSPDCP, this does not pose a problem for their order.

“Considering that the publication published by Rise Project itself indicates the source of their obtaining, namely ‘a suitcase with essential information ... was found in the rural area of ​​Teleorman,’ we appreciate that the information requested by the Supervisory Authority is not of a nature to violate the professional secrecy of journalists,” the ANSPDCP told OCCRP.

The authority also referred to a European Court of Human Rights case concerning the publication of a Turkish actress’ home address, in which journalists were denounced for publishing personal information.

The documents in the suitcase suggest that Tel Drum officials had business and social ties to Dragnea, who vehemently denies any connection to the company.

Dragnea mocked RISE on Monday by bringing a suitcase of doughnuts to a party meeting attended by the press. There is a Romanian expression that when somebody is lying, he is selling doughnuts.

“I am a little late because I received two suitcases,” Dragnea said. “The first one is with doughnuts from RISE Project. They are fresh, we’ll leave them here.”

In November 2017, Romania’s National Anticorruption Directorate (DNA) launched an investigation into Tel Drum and Dragnea. Since then, two of the company’s representatives have been under investigation for possible EU fund fraud.

Dragnea invoked European data protection laws last year when he threatened RISE Project with a lawsuit after the outlet published stories on his connections to Tel Drum and other Romanian business people indicted for corruption and fraud.

“It’s happening again. Last year, they tried to intimidate us by sending the Romanian Tax Agency to our headquarters,” said RISE member Mihai Munteanu. “We will protect our sources under any circumstances and continue to publish stories about all topics of public interest, including Liviu Dragnea and Tel Drum.”