Romania’s influential politician Liviu Dragnea on Monday mocked investigative journalists who announced they are in possession of a suitcase of evidence allegedly proving Dragnea is linked to a company suspected of corruption and EU funds fraud. 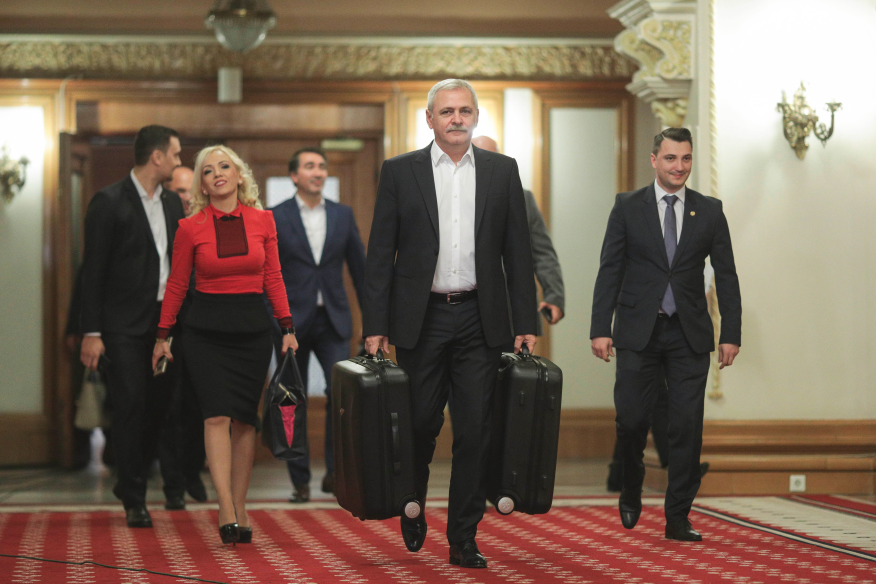 Liviu Dragnea, with his suitcases in hand. (Photo: Octav Ganea, Inquam Photos)Reporters of the RISE Project announced on Saturday they got hold of a suitcase full of financial documents, email images and hard drives containing videos, all information related to people close to the once state-owned TEL DRUM company which is now allegedly owned by Dragnea. The company is suspected of having benefited from public contracts worth tens of millions of euros.

One of the images found in the suitcase shows the politician in Brazil, which supports earlier findings that he could have been involved in a web of murky businesses with a powerful group of Romanian politicians and businessmen who spent their holidays at Cumbuco, an oceanside resort in the northeast of Brazil.

Dragnea, the head of the ruling Social Democratic Party (PSD), arrived on Monday at the House of People in Bucharest for a meeting of his party with two suitcases in hand: one allegedly containing incriminating documents connected to President Klaus Iohannis never before seen by investigators, and the other - full of doughnuts for RISE reporters.

“I am a little late because I received two suitcases. The first one is with donuts from RISE Project. They are fresh, we’ll leave them here,” he said.

In Romania, there is an expression that claims when somebody is lying, he is selling doughnuts, implying that RISE’s allegations against him are empty.

“It was one of the most offensive public gestures a politician made against the press,” said Victor Ilie, a RISE reporter who was present at the press conference before the party’s meeting.

“He tried to shift the public attention from the essence of the investigation to the source of the story,” he said.

RISE says the suitcase in their possession was given to them by a villager who said he found it in Teleorman county, where Dragnea was raised and where TEL DRUM is based.

The second suitcase Dragnea brought contains documents concerning the Romanian President that “have not made it to the DNA (National Anticorruption Directorate),” he said.

However, RISE had already reported on much of the information found in Dragnea’s suitcase.

Asked about the RISE documents reporters said they will publish in the next few days, Dragnea said he had “no connection to that suitcase.”

Dragnea has kept denying connections to TEL DRUM, but RISE’s Elena Dumitru says the evidence shows that not only are Dragnea and TEL DRUM executives connected, but “that they spend their holidays together and that they pay each other’s debts.”