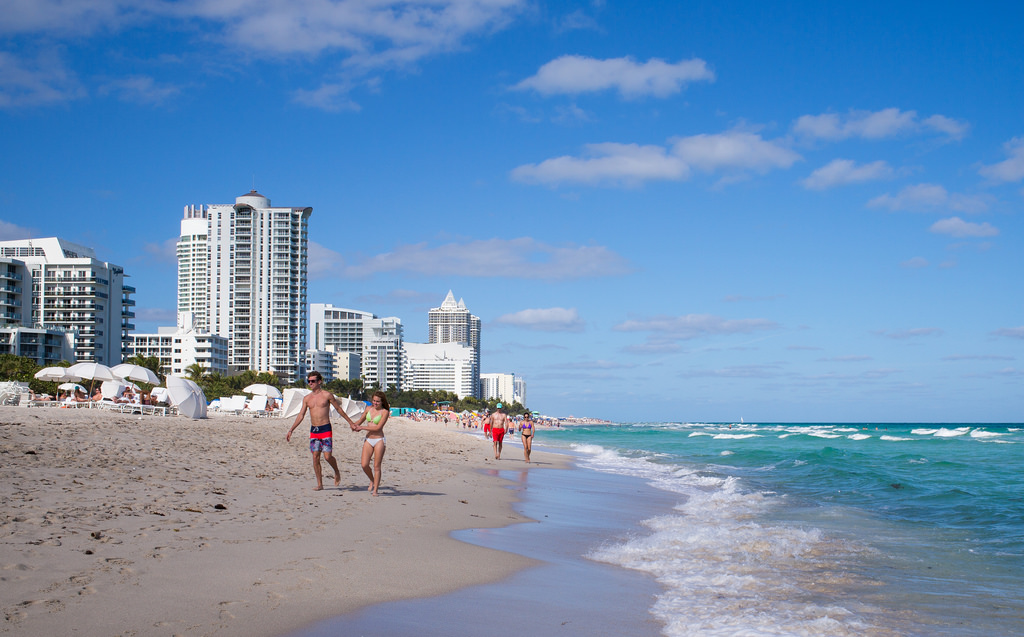 Miami Beach, Florida. Individuals arrested in October stand accused of buying property in South Florida and New York using money former president Fernandez received in the form of bribes. (Photo: Flickr, Roman Boed, CC BY 2.0)Fernandez is currently facing bribery charges in connection with a scheme in which government contracts were allegedly awarded to construction companies in return for cash bribes. The charges constitute the most extensive bribery case against a former Argentinian president.

Fernandez was president from 2007 to 2015 - succeeding her husband, Nestor Kirchner, who died in 2010 - and is a member of the left-wing populist faction of the Justicialist Party, the leading congressional party.

The investigation broke open in the first days of August, when the newspaper La Nacion published the contents of spiral-bounds notebooks kept by a chauffeur of Fernandez’s former planning minister that meticulously catalogued bags of cash allegedly delivered to government offices and Fernandez’s own private residence. Police carried out multiple raids and dozens of people were arrested in what is now referred to as the “Notebook Scandal.”

Fernandez currently serves as a senator for Buenos Aires Province, which grants her immunity from imprisonment, but not from prosecution. Federal judges are trying to strip her of immunity.

This October, the Argentine federal judge overseeing the corruption case ordered the arrests of four people: Elizabeth Ortiz Municoy, who runs an international realty business with a branch in Surfside, Florida, north of Miami Beach; Sergio Todisco, Municoy’s ex-husband and a clothing manufacturer; Carolina Pochetti, the widow of a former top aide to the Fernandez-Kirchner family; and Carlos Cortez, a businessman working in Argentina and South Florida.

Prosecutors accuse the four of investing illicit money on behalf of a now-deceased Kirchner aide - who was married to the arrested Pochetti - in foreign shell companies. Hector Daniel Munoz, who died in 2016, worked for many years as the personal secretary of president Nestor Kirchner, who affectionately called his employee “fatty.” Munoz is one of many individuals named in the notebooks as acting as proxy for the Kirchners and accepting bags of cash.

Prosecutors allege Munoz then invested the tens of millions in properties across the U.S., including lavish condos - one valued at $10.7 million - in South Florida and Manhattan, as well as commercial properties, one of them a CVS in Little Havana, a Miami neighborhood home to many Cuban exiles.

The properties were purchased by Florida-based companies registered to Todisco and Municoy, two of the individuals arrested last month.

Recent revelations from the Panama Papers showed Munoz and his wife owned a British Virgin Islands company registered in Todisco’s name. Authorities are still trying to determine how Todisco and Municoy could possibly own companies that records show invested $30 million in different properties and owned a $13 million unit in New York’s famous Plaza Hotel.

All of the U.S. properties have been sold, so authorities are now tasked with tracking down the cash.

Municoy denied all involvement when the Miami Herald reached out to her for comment by phone. She said she divorced Todisco “a long time ago” and that she had “nothing to do” with the properties.

“How could I know?” she responded, when asked where the money had come from.

Pochetti, the widow of Munoz, the Kirchner aide, also denies any knowledge of wrongdoing or involvement, saying she felt “deceived” by Munoz.

Cortez, the fourth individual detained, also had significant investments in South Florida. One of his companies is associated with a now-closed Panamanian law firm named in the Panama Papers. Cortez also later sold one of his Florida condos to an alleged front-man for the former public works secretary under Fernandez, Jose Lopez.

Lopez was arrested in 2016 after throwing $8.9 million stashed in bags over the wall of a nunnery on the outskirts of Buenos Aires. When police initially confronted him, he offered the officers a bag containing $1 million.

Fernandez’s attorney, Gregorio Dalbon, denied his client’s involvement in the scheme, saying in an email to the Herald that she “has nothing to do with any properties in Miami.” Dalbon called Fernandez a “victim of judicial and media persecution” that is “destroy[ing] her presumption of innocence.”

As every passing month reveals another piece of the intricate web of corruption and money laundering, transparency advocates such as German Emanuele say the Fernandez case proves that what Argentina needs is a radical redefinition of the limits and responsibilities of power.

“Based on this case and what is being discovered, it’s necessary for the government to implement policies of integrity,” Emanuele, the director of transparency and anti-corruption at Citizen Power Foundation, an Argentine nonprofit, said.