Hours after he was transferred to a new prison, infamous Boston gangster James “Whitey” Bulger, 89, was found on Tuesday beaten to death in his cell, the Boston Globe reported. 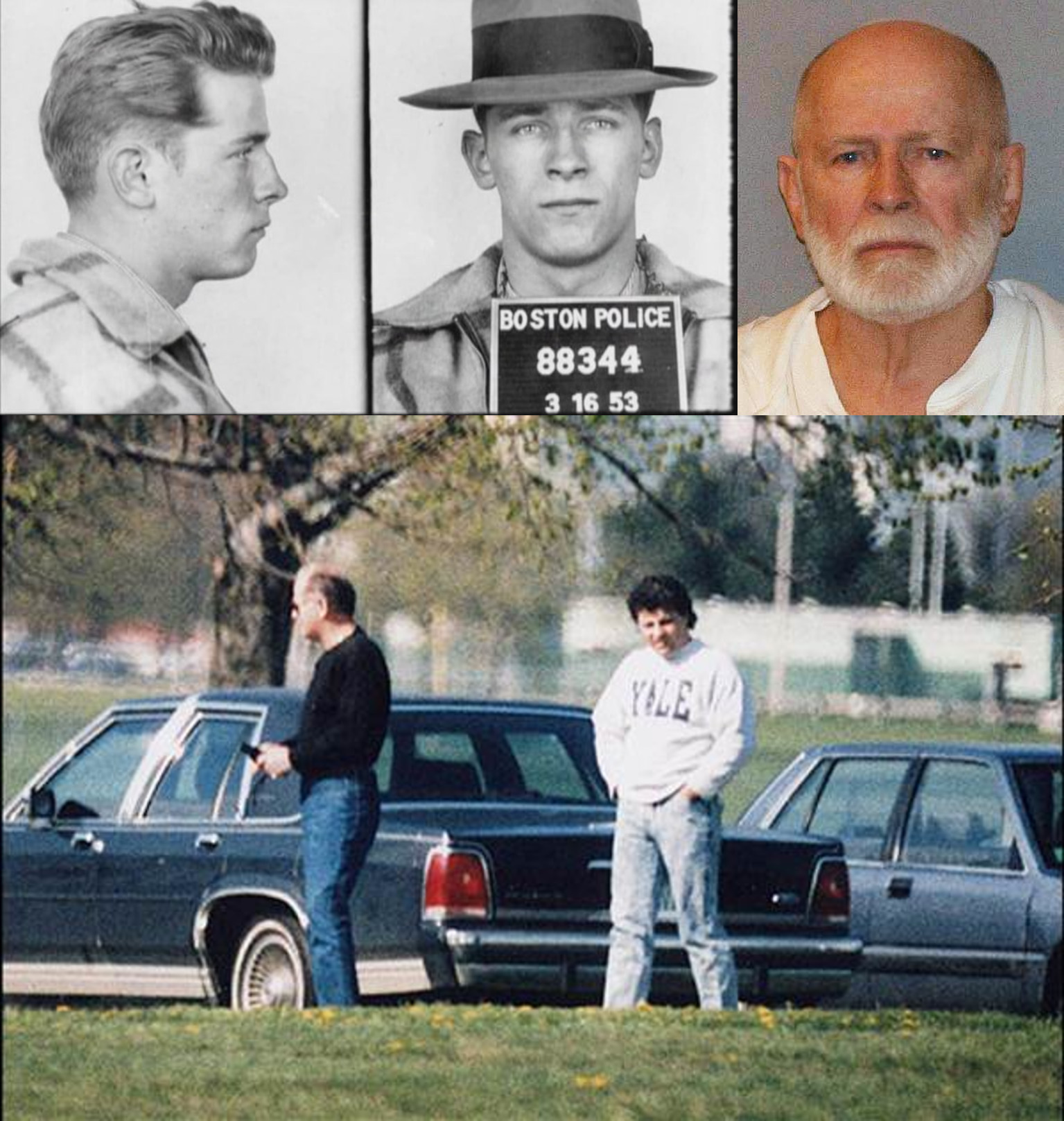 Clockwise: Bulger in mugshots from 1953, 2011 and in a surveillance photo by the FBI (L)The once-ruler of South Boston became an informant for the FBI after his decades-long violent reign over the city’s underworld, which inspired movies and books.

Two inmates were captured on video surveillance entering Bulger’s cell around 6AM. Two hours later, the Irish-American mobster was found beaten so bad his eyes were nearly gouged out.

“Life-saving measures were initiated immediately by responding staff,” the Federal Bureau of Prisons said in a statement. “Mr. Bulger was subsequently pronounced dead by the Preston County medical examiner.”

One of the inmates, Fotios “Freddy” Geas, 51, is a mafia hitman serving a life sentence for killing Adolfo “Big Al” Bruno, who headed the Genovese crime family in Springfield. He is currently under investigation for killing Bulger.

Due to his long history as an informant, Bulger had many enemies in organized crime. A private investigator who personally knew Geas told the Boston Globe that “Freddy hated rats.”

As an informant, Bulger gave the FBI information about rivalling New England mafia families, while authorities ignored his organization, the Winter Hill Gang.

Bulger’s relationship with authorities became a huge corruption scandal in the 1990s. FBI agent John Connolly was convicted for racketeering, murder and tipping off Bulger about a pending indictment.

After over a decade on the run from the FBI, Bulger was arrested in 2011 with his long-time accomplice and girlfriend Catherine Heigl at their Santa Monica, California, apartment where they lived under false names a few blocks from the beach.

Bulger was convicted in 2013 for his role in 11 murders while building a criminal empire from the 1970s through the 1990s.

After years in a Florida prison, Bulger suffered from health problems and many thought he was going to be transferred to a federal medical facility. But instead he was sent to US Penitentiary Hazelton in West Virginia.

Bulger’s final stop in the penal system has been called understaffed and dangerous. A few weeks ago, a Washington D.C. congresswoman called for an investigation as two more inmates have been killed there this year.

“He was sentenced to life in prison, but as a result of decisions by the Federal Bureau of Prisons, that sentence has been changed to the death penalty,” said Bulger’s defense lawyer  J.W. Carney Jr.

One of the federal prosecutors against Bulger, Brian T. Kelly, said the mobster “lived a violent life and it’s not surprising that he would ultimately meet a violent death.”

“Prison is a violent place and informants are not too popular, so these things can obviously happen if proper precautions aren’t taken,” Kelly said. “To suggest it’s a conspiracy of some sort by the government is preposterous. He was in prison for seven years and this would be one slow-moving conspiracy.”