Italian authorities seized assets worth €55 million (US$63 million) and arrested an Italian suspect while trying to take down a Maltese fuel smuggling network, the Malta Independent reported on Sunday. 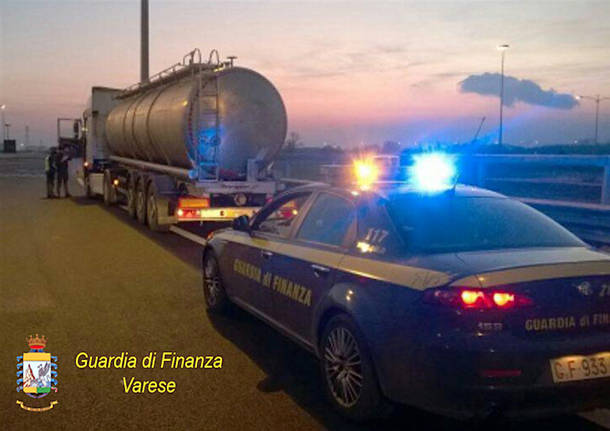 The Guardia di Finanza of Varese inspect an oil tankerItaly’s tax police put Antonio Desiata, a 51-year-old Italian living in London, under pretrial arrest for international fraud and money laundering. They also seized 29 million liters of fuel worth about €44 million ($50 million), 11 properties in Genoa, Trieste and Abbiategrasso, a motorcycle and a yacht.

Desiata was the administrator of the Rome and Milan petroleum traders Oilchem and Xcel Petroleum. Milan prosecutors charged him with VAT fraud in the fuel-trading sector, making false invoices, destroying and concealing accounting documents, and money laundering.

Prosecutors said Desiata was involved in smuggling over 350 million liters of Libyan fuel to Italy, which amounted to a VAT loss of €55 million for Italy’s treasury.

Last October, investigators arrested Darren and Gordon Debono, two Maltese men allegedly at the center of a fuel smuggling ring. The Daphne Project uncovered that the Debonos made up to €26 million ($29.6 mil) in one year selling Libyan fuel to an Italian buyer.

The fuel allegedly sold by Desiata came from Libya and was trafficked to Italy with Maltese ships allegedly owned by the Debonos.

Using false invoices, the fuel was distributed between front companies before being sold to service stations across Italy that do not belong to major petrol brands, known as ‘white pumps.’

As they did not pay any taxes, the fuel traffickers were able to sell the fuel at much lower prices than the competition.

Milan prosecutors listed the legal representatives of Oilchem and Xcel Petroleum as well as accountant Luciano Bologna, a former tax judge, as three more suspects in the scheme. They identified Xcel Petroleum as “the main beneficiary of the undue tax advantages obtained through fictitious interpositions of front companies” such as Oilchem.

The Guardia di Finanza and prosecutors said Oilchem’s offices were located in a small empty room next to an elevator in a shopping mall with no staff or furniture and only one computer.

"Desiata's company, buying at a value significantly lower than its competitors, was able to conquer the national supply market through the systematic evasion of VAT,” the investigating judge said.

On October 10, the Daphne Project published a new investigation into smugglers based on the small Mediterranean island. According to investigators, the car bomb that killed reporter Daphne Caruana Galizia was triggered from a boat in Valetta’s Grand Harbor.