Italian authorities arrested 14 alleged members of Naples’ mafia, the Camorra, who are suspected of having sold drugs using cameras and gun-toting pushers to control their turf, Italian media reported Monday. 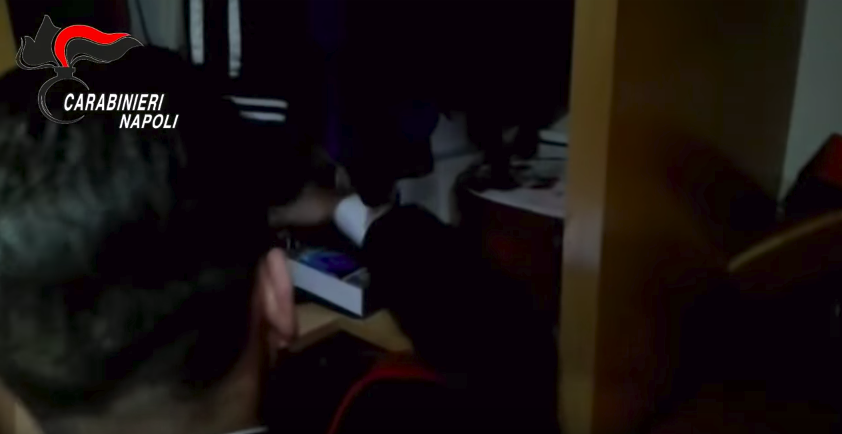 Carabinieri search a suspect's house in PonticelliThe 14 are suspected of mafia association, narcotics trafficking and dealing, forged identity documents and aggravated assault, according to ANSA.

The blitz action follows an investigation started in January 2017, when young drug dealer Gianluca Cardicelli was found murdered in Ponticelli, a poor suburb in the east of Naples. Clues in the murder investigation uncovered the complex structure of a Camorra clan called the Casella, based in Ponticelli.

The Casella clan was established from the ashes of the Sarno clan and run by three brothers. They managed the trafficking and sales of drugs in Ponticelli using cameras to monitor their turf and gun-toting pushers to exert control.

Drug trafficking, extortion and robbery profits were collected into a common fund used to pay members of the clan and family of arrested camorristi.