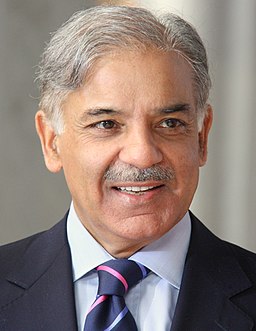 Shehbaz Sharif Photo: RedGerbera (CC BY-SA 3.0)The arrest of Shehbaz Sharif, 67, is the latest blow to the Sharif family in which multiple members were indicted or convicted of corruption.

Nawaz Sharif was ousted from his post last year by the Supreme Court after Panama Papers leaks revealed he and his family owned several apartments in London.

The process against him was launched by cricket star turned politician Imran Khan, whose campaign was based on promises he will fight corruption. Khan was elected prime minister in July last year.

Shehbaz Sharif is suspected of having illegally awarded contracts in the Aashyana (Shelter) project when he was chief minister of Punjab province.

A statement issued by the National Accountability Bureau said that it “has arrested former chief minister of Punjab Shehbaz Sharif in Aashyana company case,” and that he will face the accountability court on Saturday.

But the numerous charges against the family have also drawn criticism.

Khursheed Shah, the leader of Pakistan Peoples Party, condemned the arrest, saying it was an “insult of the Pakistan’s parliament,” and accusing the Khan government of “taking revenge from the Sharif family whereas, Khan has failed in its initial months of the government.”

Marriyum Aurangzeb, the spokesperson of the Sharif’s party linked the arrest to a plan to weaken the Pakistan Muslim League Nawaz (PML-N).

“The arrest of Shehbaz Sharif just days before by-elections in Pakistan will affect the polls,” she told OCCRP.

But Information Minister Fawad Chaudhary welcomed the arrest and said the government will provide every help the NAB needed in this regard.

“This is a big development”, he told journalists in Islamabad. “Prime minister Imran Khan has launched an anti-corruption drive against the corrupt mafia and we have launched a crackdown against corrupt people,” he said.