Another South Korean ex-President Goes Down for Corruption

A Seoul court sentenced Friday the former President of South Korea Lee Myung-bak to 15 years in prison for abuse of power and embezzlement, making the 76-year-old the fourth of his country’s leaders to be convicted, the Korea Herald reported. 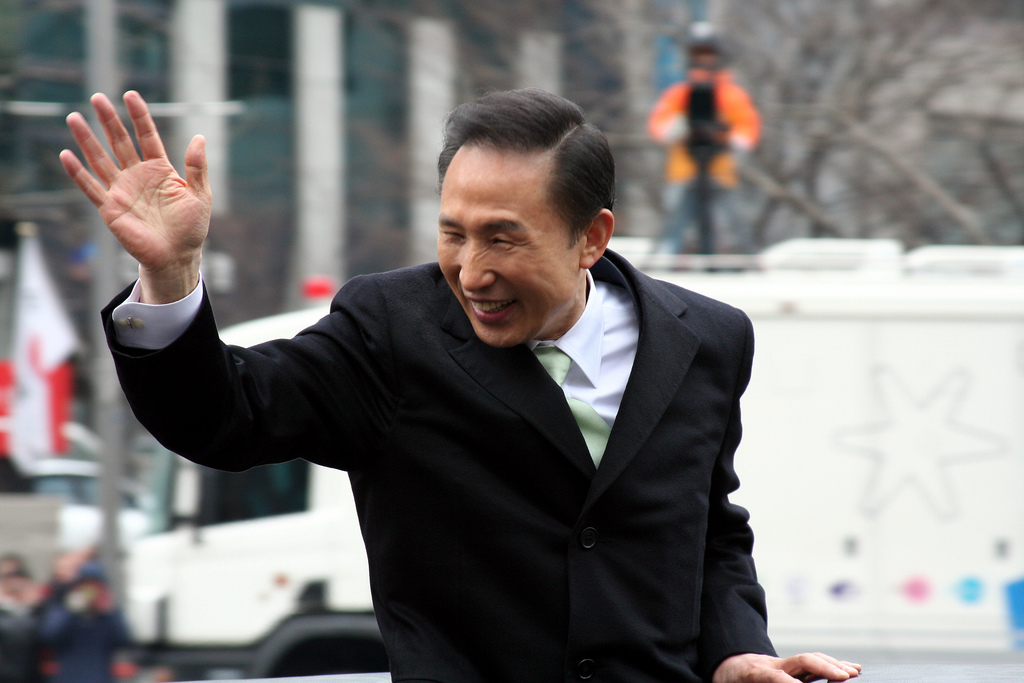 Lee Myung-bak waves to the crowd from his motorcade after his inauguration in 2008. (Photo: Flickr)“Such actions from the president, the head of state and the leader of the executive branch, can be severely condemned as it does not stop at violating the fairness and integrity of the presidential office but undermines trust in the entire public office,” judge Chung Kye-sun said.

Just a few days before Lee was charged in April, his successor, Park Geun-hye, was herself sentenced to 24 years in prison for abuse of power and coercion.

The Seoul Central District Court also ordered Lee to pay a fine of US$11.5 million and forfeit $7.3 million. Prosecutors had initially sought a 20-year sentence.

Lee, who was in office from 2008 to 2013, was a former head of Hyundai Engineering and Construction - where he was nicknamed “Bulldozer” for his ruthless business tactics - and served as the mayor of Seoul from 2002 to 2006.

The first business executive to be elected president of South Korea, Lee won the election in 2008 despite allegations he was involved in a major stock manipulation case.

Lee was also investigated by the National Intelligence Service (NIS) for allegedly blacklisting scores of left-leaning cultural figures critical of his administration, including comedians, novelists, actors, movie directors and singers.

This March he was taken into custody in Seoul on charges of  tax evasion, embezzling US$32 million from an auto-parts company of which he was a part-owner and receiving more than $10 million in bribes, including from Samsung, the country’s largest business conglomerate. Most of his crimes were committed while he was a presidential candidate and while he was in office.

“I consider all this my own fault and feel remorse,” a handwritten statement posted on his Facebook shortly before his arrest read.

Lee did not attend his Friday sentencing in protest against it being televised live, according to the Guardian.

He maintains the case was an act of political “revenge” by current President Moon Jae-in, who has promised to cleanse the nation of corruption scandals and has criticized Lee in the past.

In 2012 Lee did, however, apologize for a corruption scandal involving his brother, Lee Sang-deuk - the then-president’s sixth public apology.

“I can barely hold my head up with embarrassment and sorrow,” he said at the time.