Whether or not it contributes to ‘science,’ Japan’s slaughter of hundreds of endangered sei whales annually is breaking international agreements, said an international body governing the trade in endangered species on Tuesday. 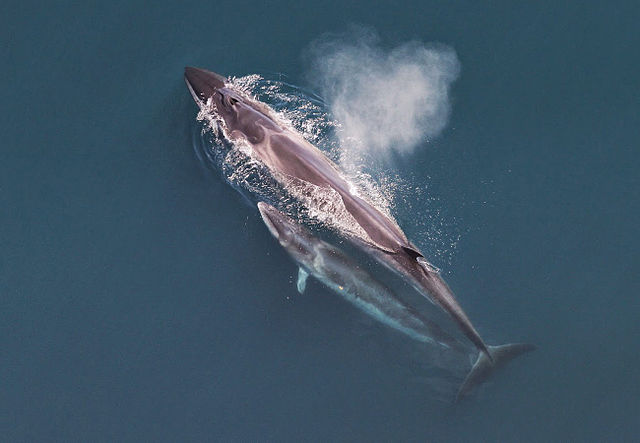 Sei whale mother and calf (NOAA)That resolution comes after years of controversy over Japan’s permitting its whaling fleets to kill endangered sei whales--and then sell their meat to fund ‘research.’

Once caught, sei whales are slaughtered, and their body dimensions, stomach contents, and blubber thickness measured before their meat is sold onshore. Japan has maintained that the slaughter is for ‘science.’

It also claims that killing the whales allows it to study whether they are endangered or not.

The Standing Committee for the Convention for International Trade in Endangered Species, or CITES, struck back at this claim in its resolution.

“The Secretariat is of the opinion that these whale specimens are introduced from the sea for an intended use of commercial nature, which suggests primarily commercial purposes,” it wrote, adding that the number of whales Japanese fleets have killed is excessive for research purposes.

Japan has killed over 1500 sei whales in the past 16 years, as well as other whales such as minke whales. It licenses private companies to then sell the meat on the open market.

The International Union for the Conservation of Nature says the adult population of sei whales, which are endangered, has declined 80 percent in the past three generations.

Japan has until February 1, 2019, to take corrective measures, according to the resolution, which means addressing the ways it licenses private companies to sell whale meat.

It has agreed to not hunt sei whales or issue certificates to bring the sei whales it catches into the country until the next CITES meeting, in May 2019.