Special courts in Iran sentenced on Sunday three people to death for financial crimes as part of a massive government crackdown on corruption, the official IRNA news agency reported. 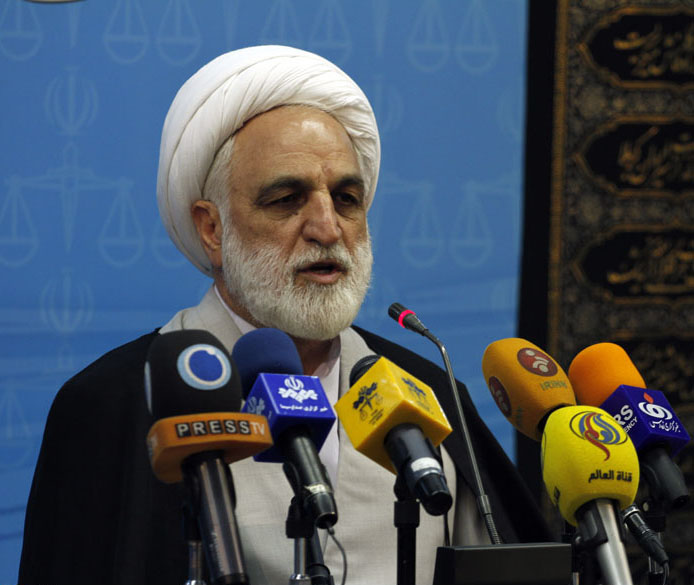 The ruling can still be appealed, and must be referred to the Supreme Court for final approval, Ejehi told IRNA.

The three individuals sentenced last week were referred to in local media as the “Corrupt on Earth,” a term used to describe crimes - including corruption in the Western understanding - that undermine the state and therefore Islam.

In his 1970 treatise Islamic Government: Governance of the Jurist, Khomeini wrote that “it is our duty to remove from the life of Muslim society all traces of kufr [infidels] and destroy them.” He compared “corruption on earth” - the violation of Sharia law - with the policies of the Egyptian Pharaoh, writing that “instigators should be punished for their deeds.”

The recent corruption sweep in Iran comes at a time of great economic turmoil, as U.S. President Donald Trump’s decision to pull out from the Iran nuclear deal in May sent Iran’s economy plummeting in recent months. Its currency, the rial, hit a record low of 138,000 to the dollar last month.

Meanwhile, trading in foreign currency and gold coins has increased. In July, the BBC reported that Tehran police arrested a man dubbed the “Sultan of Coins,” who had amassed an estimated 250,000 gold coins (weighing two tonnes) over ten months with the aim of manipulating the local market.

With inflation at a four-and-a-half year all-time high of 24.2 percent as of August, workers in many sectors have risen up in protest to demand higher wages.

Truck drivers in particular have become the new face of protest in Iran, leading a nationwide strike in late May that spread to over 177 cities in 29 provinces.

Fearing more strikes, authorities are cracking down on those who “interrupt” commercial transportation, detaining 40 people in the past several months, according to the Associated Press.

Deputy Chief Mohseni-Ezhe'i was quoted Sunday by the Tasnim news agency as threatening anyone who forces truckers to go on strike or others who in any way obstruct transportation with “harsh punishment,” the AP reported.

Prices of tires have tripled in recent months, and truckers, who travel on average 80,000 to 110,000 kilometers annually, have to replace their tires each year, often out of their own meager wages.