A Pakistani court in Islamabad ordered ex-prime minister Nawaz Sharif and two of his family members to be released on bail while they appeal corruption charges related to their ownership of luxury properties in London. 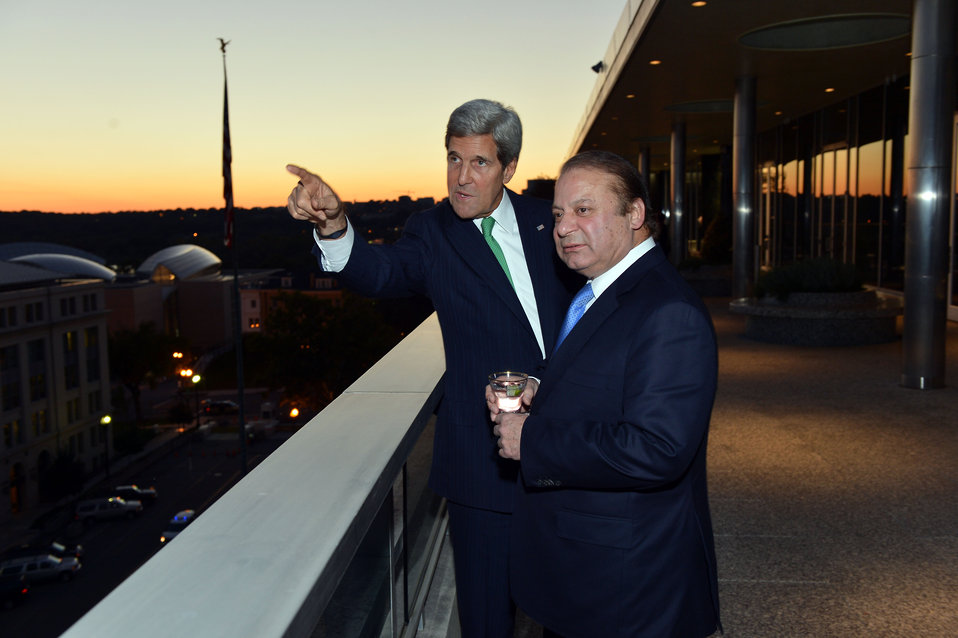 Nawaz Sharif and John Kerry look at monuments"Today, the Islamabad High Court has suspended the verdict against Nawaz Sharif, his daughter Maryam Nawaz and his son-in-law Captain Safdar and ordered to release them on bail until a final decision," Khawaja Haris, Sharif's lawyer, said to AFP.

The move was welcomed by hundreds of jubilant Sharif supporters, who chanted their support and showered rose petals on Sharif’s convoy after he was released from jail in Rawalpindi.

Before his release, Sharif spent 69 days in prison after being sentenced in absentia over four luxury London flats he and his children allegedly own through offshore companies found in the Panama Papers.

He was arrested a week after his sentencing, on July 13, two weeks before national elections. His party lost these elections to his rival Imran Khan, a cricketer turned politician.

After he was sentenced, Sharif flew from London to Pakistan voluntarily to face prison time, calling his sentence politically motivated. He further accused Pakistan’s military of rigging the polls in Khan’s favor.

Speaking to OCCRP, Pakistani officials said that the charges--and their timing--did have political consequences.

"Our main leadership was arrested weeks before elections… If today's suspension order (had come) before elections, the election consequences could be different today,” said Daniyal Aziz, a former minister in Sharif’s cabinet.

Sharif was ousted from his position as Pakistan’s Prime Minister last July over corruption charges related to the London real estate. Since then, however, he has kept hold over the Pakistan Muslim League-Nawaz party that he founded, while living in London with his wife, who was undergoing cancer treatment.

His wife died in a London hospital this month.

Some described his decision to return and face his sentence as a play to galvanize supports.

Aziz and others, meanwhile, argued that his arrest affected the polls and made Pakistan’s most recent election suspect.

“The verdict has proved the Sharif narrative he stressed (regarding) the biased behaviour of NAB,” said Syed Talat Hussain, a veteran analyst, to OCCRP.

“NAB failed to provide documented evidence, and Sharif was convicted on assumptions only. This has affected the polls; we have been sidelined in the election,” Talal Chaudhary, a former minister, told OCCRP.