OCCRP Journalists Held by Police for 7 Hours in Bulgaria

Two OCCRP journalists were detained by armed Bulgarian police for more than seven hours on Thursday night after they followed a tip that crucial documents were being burned in a field 50 kilometers southwest of the Bulgarian capital of Sofia. 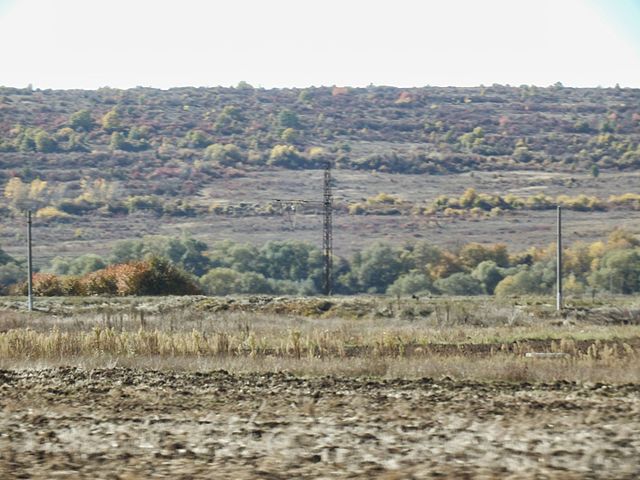 An empty field near Radomir, Bulgaria (CC 3.0) “They put us to the ground, pointing guns at us,” Atilla Biro, one of the detained journalists, told OCCRP. “They cuffed us. At that moment, Dimitar said, ‘we are journalists.’ I said, ‘journalists, journalists.’” Biro is an investigative journalist with RISE Project in Romania. Dimitar Stoyanov, who was also detained, works for Bivol, a Bulgarian investigative news outlet.

It is unclear why they were detained. The incident occurred a day after Bivol and RISE Project published the first part of an investigation alleging massive corruption in European Union-funded projects in Bulgaria.

The investigation centered in part on records from a Bulgarian infrastructure company called GP Group. It found that 30 to 40 percent of funds allocated for infrastructure projects were lost to corruption, some explicitly earmarked for bribes.

Biro said that the day after the story broke, he and Stoyanov were discussing further projects when Stoyanov received a tip that GP Group’s archives and computers were being removed from the company’s office to be destroyed in a small village near Radomir, Bulgaria.

They got a ride to the location, and, about an hour later, arrived in an open field 100 meters off a narrow dirt road.

“We saw black trash bags, big ones, 120 liters,” Biro said. “Some of them were opened, and we could see shredded paper.”

Stoyanov had started to take pictures of the bags when the two police officers jumped them, Biro said. After he and Stoyanov were handcuffed, the officers took their press cards and phones, and held the journalists in the field with no explanation.

About an hour later, additional police arrived from Sofia. Biro and Stoyanov were allowed to move around. They saw that there were other bags of documents, 20 meters away from the shredded documents they had noticed first. Those were in a pit, and they were burning.

At this point, said Biro, he asked an officer in English what the burning documents were. The officer replied, “The documents are related to the European fund projects.”

Biro said that he and Stoyanov later examined fragments of the burned documents, and, indeed,  “we could see that these documents were related to European fund projects.”

After being examined by Sofia police, the documents were taken by the local police officers who had arrested the journalists, said Biro.

After the police from Sofia left, the two journalists were detained late into the night, as firefighters came and went and the local police debated what to do with the men. Eventually, Stoyanov was allowed to make a call to his editor at Bivol, Atanas Tchobanov.

Finally, early in the morning, the two were taken to a local police station in Pernik, where they were met by the Romanian consul. At 3 am, Biro was asked to make a statement to the local police, and, at 4:30 am, the journalists were released.

The detention was widely condemned. In a Facebook statement, Bulgaria's national ombudswoman Maya Manolova wrote, “I am of the opinion that (this) is an unjustified and illegal detention of journalists.”

Meanwhile, Biro said he was unsure if his prolonged detention was police incompetence, or something else.

“The fact that they kept us that long--it’s at least curious. Incompetence could amount to one or two hours, but not this amount of time. And not on a case like this.

“We didn’t break any law, not even a speeding law,” he said, laughing. “The detention was unlawful.”