A Kyiv court gave the Prosecutor General’s Office access to the cell phone records of an investigative journalist who is a witness in a case against the head of Ukraine’s anti-corruption body suspected of having leaked data about the unlawful enrichment of the country’s top prosecutor. 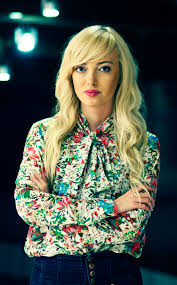 Nataliya Sedletska (Photo: Wikipedia, CC BY-SA 3.0)According to Kyivpost, the ruling is part of a case against Artem Sytnyk, head of the National Anti-Corruption Bureau of Ukraine or NABU, who is accused of leaking a state secret to journalists in a May 2017 meeting concerning the enrichment case against prosecutor Kostyantyn Kulik.

The court allowed the prosecution access to phone records of Radio Free Europe/Radio Liberty’s Nataliya Sedletska for the past 17 months. Sedletska is the chief editor of an investigative television show called “Schemes”.

US-based Radio Free Europe/Radio Liberty (RFE/RL) called for a nullification of the ruling and wrote on its website on Tuesday that the decision “violates Ukraine’s own laws and Kyiv’s commitments to a free press.”

Sedletska’s case is reminiscent of the treatment of Czech investigative journalist Pavla Holcova at the hands of Slovak police in May 2018.

Holcova was invited to a “friendly meeting” in Slovakia to discuss the murder of her colleague, the Slovak journalist Jan Kuciak, who was killed along with his fiancée in February 2018. Kuciak was investigating ties between high-level Slovak politicians and the criminal underworld. The meeting turned hostile, however, and police seized Holcova’s phone.

The Organized Crime and Corruption Reporting Project likened the police’s actions to those of law enforcement in “captured states and autocratic regimes” – not in Europe.

Anatoly Popov, a lawyer for RFE/RL, says the Ukrainian ruling constitutes “pressure on a journalist as part of their professional activities and illegal access to a journalist’s sources of information.”

Popov has said he will file a complaint against Pechersk District Court Justice Vyachellav Pidpalyi at Ukraine’s Supreme Council of Justice to seek judicial relief for “violations that were committed during the judicial review” in the case “and in the unjustified order” by Pidpalyi.