Two Reuters journalists were sentenced to seven years in prison in Myanmar on Monday, after a court deemed them guilty of violating a law on state secrets for their work in Myanmar’s Rakhine state. 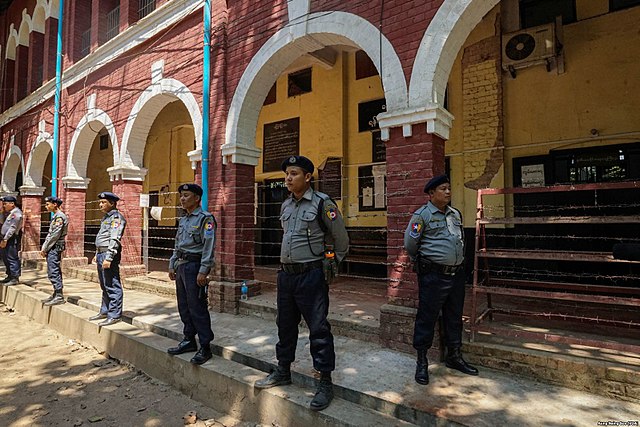 Police arrested Mr. Oo and Mr. Lone in December of last year, after inviting them to meet for dinner in Yangon. They were accused of having collected “confidential documents,” and tried for breaching state secrets under Myanmar’s colonial-era Official Secrets Act.

Mr. Oo and Mr. Lone told the court that the police planted the documents on them at the restaurant.

Meanwhile, Reuters said that their arrest was a response to their reporting on the Inn Din massacre, during which 10 Rohingya men were shot by security forces or murdered with machetes, then buried, some still living, in a mass grave.

A police witness told the court that the restaurant meeting was set up to entrap the two, in order to punish them for their reporting on the Rohingya crisis.

Mr. Oo and Mr. Lone’s reporting on that massacre led to the first admission by a Myanmar military official that Myanmar’s troops were behind the killing.

On the courthouse steps as he was being taken away, Mr. Oo said to reporters, "What I want to say to the government is, you can put us in jail, but do not close the eyes and ears of the people.”