In the lead up to the 2018 elections, states are planning to spend US$ 380 million from the federal government to secure voting systems and tighten cybersecurity following revelations that Russian hackers targeted electoral systems in 2016, the US Election Assistance Commission said on Tuesday. 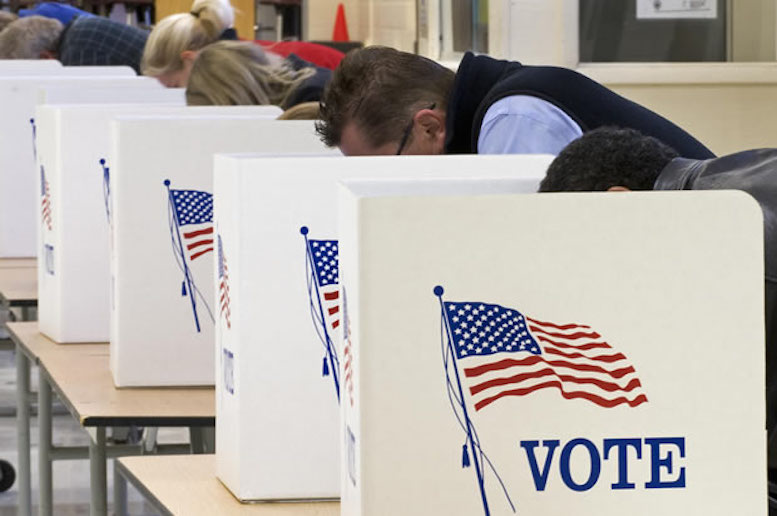 US voting booths (SLO County).But there is concern that there will not be enough time or money to make a difference for November.

The threat of Russian interference is ongoing. Microsoft revealed this week that a Kremlin-associated military intelligence group believed to have carried out the 2016 hacking of the Democratic National Committee also created domains intended to steal personal information and passwords from both American political parties in the lead up to the 2018 elections.

Thanks to a court order, the Digital Crimes Unit at Microsoft was able to disrupt the efforts of the group, which is known as Strontium or more commonly as Fancy Bear or APT28.

In the last two years, Microsoft has shut down 84 fake websites associated with this group.

The domains were allegedly made to target Democrats running for reelection in largely Republican areas, as well as conservative think tanks that have openly broken ties with US President Donald Trump, according to Mother Jones.

Mother Jones points to several senators and candidates who have faced hacking attempts by Fancy Bear in recent months. The first is Senator Claire McCaskill, a democrat who has been openly critical of Russia and is running for reelection in Missouri, where 56.4 percent of the population voted for Trump. According to McCaskill, Microsoft detected and informed her of an attempt by Fancy Bear to hack her office’s computer network.

Similar allegations were made by Senator Jeanne Shaheen, a democrat running for reelection in New Hampshire.

Hans Keirstead and David Minn ― both former democratic candidates in California that were defeated in the state’s primaries in June ― have also experienced attacks, according to documents that revealed the FBI was investigating cyber attacks targeting them.

Earlier this month, Florida Senator Bill Nelson claimed that Russian hackers had penetrated Florida’s election systems. The Trump administration says there is no evidence for the claim, and while it has not been substantiated, there are grounds for the assertion.

Florida was one of 21 states notified by the Department of Homeland Security of Russian efforts to hack their election systems ― though it has not been determined how successful those hacking attempts were.

According to Verified Voting, an organization focused on election accuracy, voting machines in most states are unreliable and insecure. On Tuesday, Politico published an article written by a 17-year-old entitled “I Just Hacked a State Election. I’m 17. And I’m Not Even a Very Good Hacker.”

While states are scrambling to fill holes in the electoral process, there is a lot of change that needs to happen in a short period of time. According to the Associated Press, five states and 300 counties in eight other states use touchscreen voting machines that do not provide a paper record that allow voters to verify their selections.

While some states have allocated money towards new voting machines, it could cost as much as $120 million in Georgia alone to ensure a paper trail, and it will certainly take far longer than three months to install new machines.

Recent revelations about Russia’s hacking attempt in 2016 have inspired a push for more secure election procedures, however, it remains to be seen how much can change by November.