Widespread fraud in Brazil’s timber industry has allowed businesses to illegally extract millions of dollars of timber from the country’s rainforest over the past several years, according to a paper published in Scientific Advances late last week. 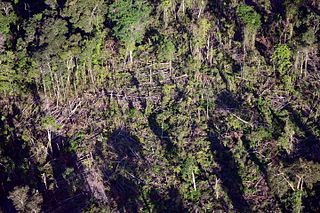 deforestation in Para by Vinícius Mendonça (CC BY 2.0)The research undermines a stunning claim from Brazil’s Environment Ministry two weeks ago, which said the nation had met its 2020 greenhouse gas emissions reduction target two years early by massively cutting deforestation.

The fraud that the paper detected is linked to a strategy Brazil and other countries adopted over a decade ago to curb rampant forest degradation: giving private companies the right to manage forest concessions and to sustainably extract timber.

In Brazil, this strategy required officials to take detailed inventories of all the trees in a particular concession plot. These inventories were used to determine the number of each type of tree the company was permitted to log.

Or, in other words, officials issued logging permits that claimed that there were far more trees of certain expensive species in a concession than there actually were.

This allowed companies to extract more far timber than sustainable.

While the fraud is “subtle,” its results are not, wrote the researchers: for a number of rare species such as ipe, whose dense red wood is now sold in Europe and America for decking, this practice could lead to extinction.