Colombia’s former anti-corruption director and a foreign attorney practicing in Colombia pled guilty on Tuesday to participating in a money laundering scheme, according to the Miami US attorney’s office. 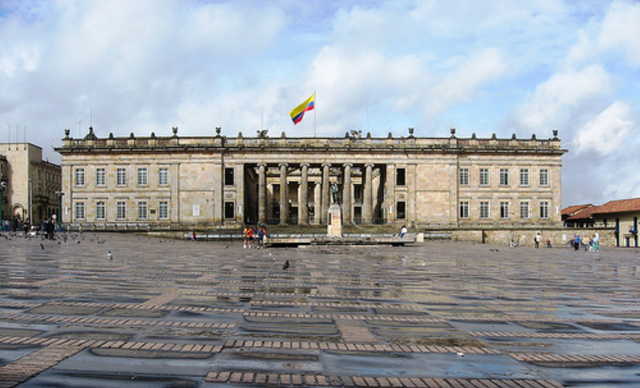 Muskus, identified as a “cooperating source” by the US Department of Justice, was first approached in November 2016 by Pinilla, who allegedly offered him copies of sworn statements taken from people who had testified against him for 100 million Colombian pesos (US$34,500).

The former governor and his family fled to Miami in April 2017 to avoid the investigation, but stayed in touch with Pinilla, who acted as a middleman.

Once in the United States, Muskus contacted authorities from the Drug Enforcement Administration about the alleged extortion scheme and they gave him a recording device and US$10,000 of deposit money for his next meeting.

Pinilla and Moreno, the director, flew to Miami in June for another meeting with Muskus, which took place at a mall west of Miami. The former governor, acting as an undercover mole for the feds, recorded the two men saying that they could “inundate his prosecutors with work so that they would be unable to focus on the [governor’s] investigation.”

The two men were apprehended as they boarded their flight back to Bogota and were found with several of the bills from the US$10,000 deposit Muskus had given to them. They were arrested in Colombia on a provisional arrest warrant and held for a year in a prison that predominantly locks up drug traffickers.

Moreno pleaded guilty to the bribery scheme in Colombia and cooperated with officials. But as a result of his plea and testimony from Senator Musa Besaile — the only member of parliament that admitted to paying Moreno — several other cases of bribery and corruption among Colombian officials came to light.

He is just one of several officials accused of taking bribes in exchange for blocking the progress of important cases, InSight Crime wrote. The widespread corruption has actually made it difficult for Colombia to serve justice, as the implicated members spread across several government bodies.

Moreno and Pinilla were extradited to the US in May to face charges there. They pled guilty to conspiring to launder money to promote foreign bribery on Tuesday and will be sentenced in November.