US: “Financial Predator” Gets 40 Years for Fraud Scheme

A 75-year-old veteran fraudster was sentenced to 40 years in prison for luring investors into pouring money into his fake Nevada company and then transferring their millions to his accounts in Mexico and other countries, the FBI said Monday. 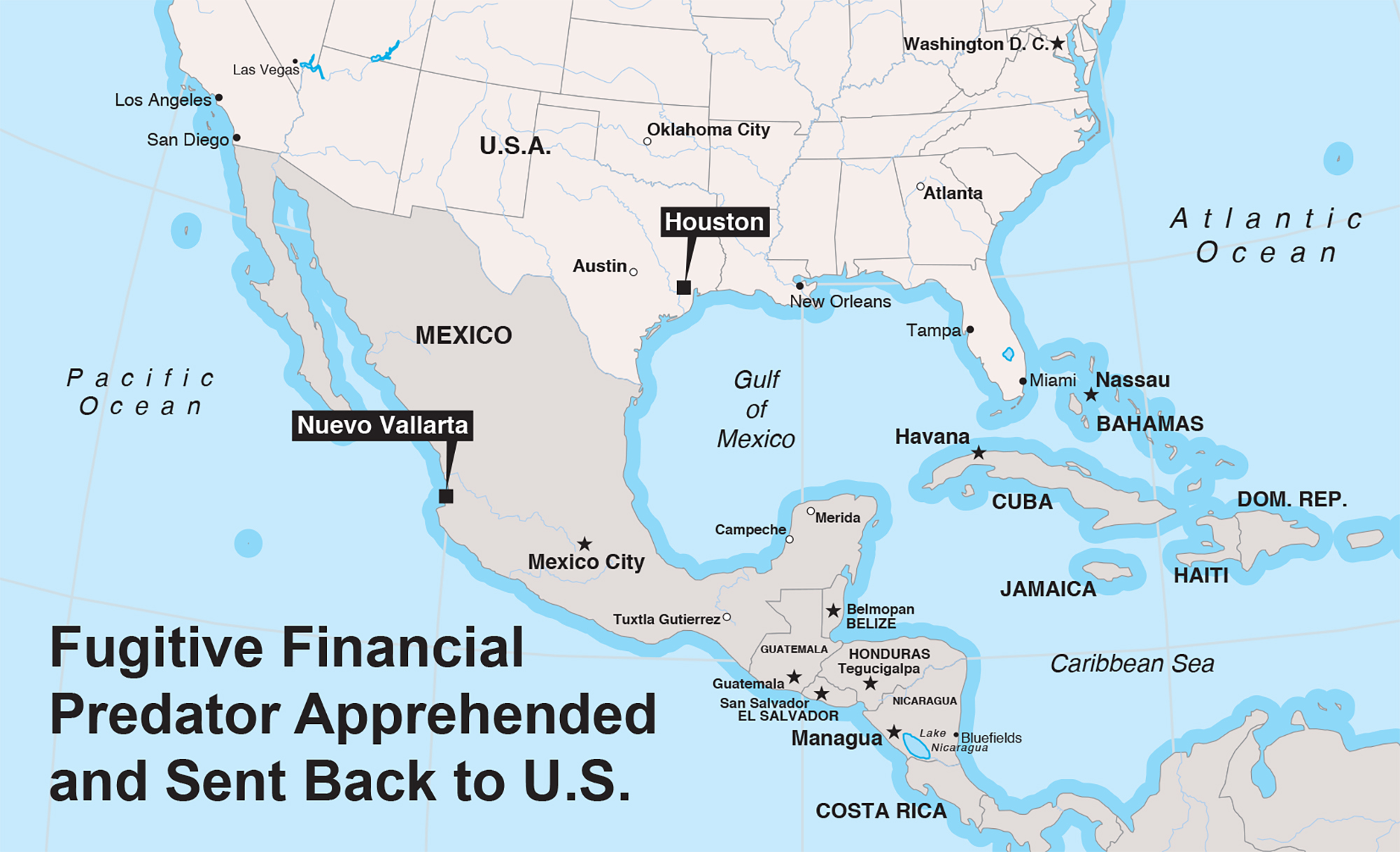 Former fugitive Harris Dempsey “Butch” Ballow fled from Houston, Texas, in 2004 as he was about to be sentenced on a money laundering conviction, but was apprehended by Mexican authorities in 2010 in the resort community of Nuevo Vallarta, Nayarit, Mexico (Source: FBI)Harris Dempsey Ballow — nicknamed “Butch” — and his associates bought the majority of the publicly traded shares of a Nevada company that had almost no assets and conducted no business and installed fictitious people as company officers.

He then rebranded it as a holding company for a couple of phony businesses and set off to solicit investors. He sold company stocks for millions of dollars by lying to his victims about the company’s assets and operating under fake identities.

“Ballow used lies and deception to sell stock in his companies to unsuspecting investors, including many Canadians,” said FBI Houston Special Agent Kendall Hopper, who worked the case.

“He hid his true identity, his past criminal convictions, and his fugitive status. He also published false and misleading information about the companies in order to tempt investors and increase stock prices,” Hopper said.

Through his phony companies, Ballow also sold land and ownership interests in a number of proposed resort developments in Mexico. Investors were even taken on tours of the properties at which no resorts were ever built.

One victim, who lost US$5 million from the fraud scheme, said that Ballow used religious pretenses to convince victims to invest money. “He presented himself in Mexico as a type of missionary,” a statement from the US Department of Justice said.

In the words of Assistant US Attorney John Lewis, Ballow was a “financial predator.”

In 2008, Ballow pretended to be a banker named Tom Brown and convinced an American investor living in Mexico that his company was developing a golf and recreational resort community in the jungle west of Cancun. The investor purchased a $5 million stock in the fictitious resort.

Ballow then moved to a new town, took a new name, and continued to defraud investors.

The millions he stole this way were deposited into several different bank accounts both in Mexico and other countries.

This entire operation was organized out of Mexico, where he fled in 2004 days before he was scheduled to appear before a US court for a previously committed money laundering scheme.

He had pleaded guilty in that case and was released on bond, set to appear for sentenced on Dec. 16, 2004. He escaped to Mexico before the date and stayed there under various fake names for almost five years.

In 2010, he was detained by Mexican authorities on an arrest warrant issued by a district in Texas for his previous money laundering scheme committed in 2003. He was extradited back to the US in April 2011, sentenced for 10 years for money laundering and ordered to pay $10 million.

Ballow’s associates were convicted of co-conspiring, two are servicing sentences of 17 and 20 years and others are awaiting sentences.