Moldovan lawmakers will vote this fall on a domestic version of the Magnitsky Act, Balkan Insight reported Tuesday. The legislation was drafted in response to a fiscal reform package approved last week that opposition leaders say would legalize fraud. 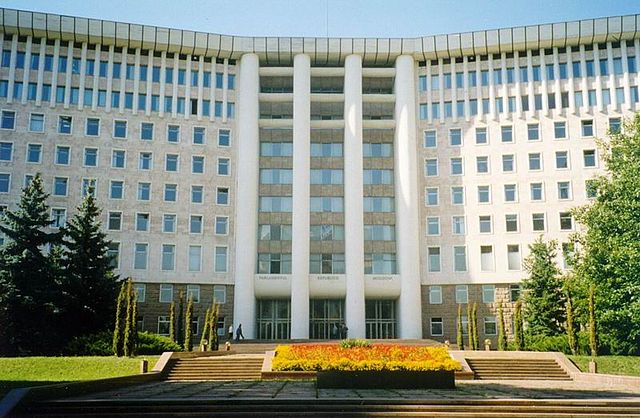 Moldovan Parliament Building (CC BY-SA 3.0)The proposed bill, drafted by a consortium of human rights and good governance NGOs, would transpose Global Magnitsky Act provisions into Moldovan law to crackdown on money laundering and impose restrictions on people who commit acts of corruption and abuses of human rights.

Moldova has suffered major losses from financial scams over the last decade, including a US$ 1 billion grand theft from three banks between 2012 and 2014. The country was also named in the Russian Laundromat scheme for having laundered some $20 billion through its corrupt judicial system.

"The transactions [in the Russian Laundromat scheme] involved companies registered in obscure jurisdictions and economic agents from Russia,” said Liberal Democrat MP Tudor Deliu, according to Balkan Insight. “The purpose of the bill is to create legal instruments to protect both the domestic banking and financial system from abuses."

The drafted Magnitsky bill follows the approval of controversial new tax measures that would allow Moldovans to legalize undeclared income or goods - without having to provide proof of how they acquired them - as long as they pay a three percent tax to the state.

"The fiscal amnesty law recently approved by the parliament in reality amounts to the legalization of fraudulently acquired money," Moldovan opposition leader Andrei Nastas said in in an open letter to the US and EU embassies in Chisinau, according to Radio Free Europe.

Both the EU and the US embassies in Moldova, as well as the International Monetary Fund and the World Bank, have criticized the approved fiscal measures and have called for their reversal.

Combined with Moldova’s golden visa program, which allows foreign investors to purchase Moldovan citizenship for €100,000 to €250,000 of investments, critics say the new package risks turning the small European country into a crime haven by allowing legitimate money-laundering for anyone in the world who can buy a Moldovan passport, according to Balkan Insight.

The ruling Democratic party, however, argues that the measures are designed to shrink the size of the shadow economy in Moldova, RFE reported.

The planned new legislation is a Moldovan version of the US Magnitsky Act, named after Russian lawyer Sergei Magnitsky who died under suspicious circumstances in a Russian prison after exposing the theft of $230 million of tax payments by high-ranking government officials and organized criminals.