An Albanian High Court judge was dismissed on Monday for alleged links to organized crime after intelligence agencies found he prevented the extradition of a convicted drug trafficker, Balkan Insight reported. 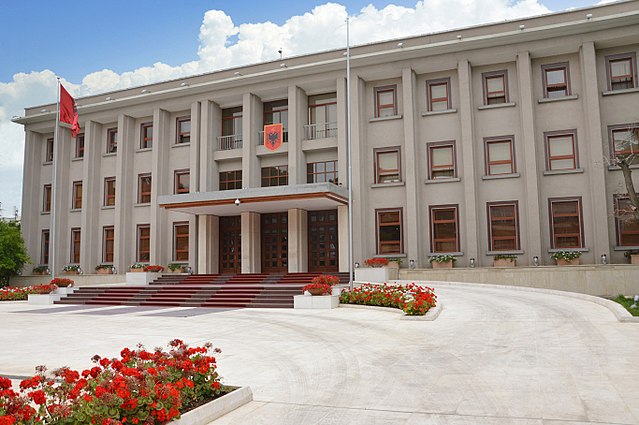 The Vetting Commission was set up in 2017 to root out corruption, and has so far demolished the ranks of judges, many of whom have retired early to avoid being investigated. (Ervic Reci, CC BY 4.0)The Vetting Commission of Albania dismissed Judge Shkelzen Selimi following several years’ worth of intelligence gathered by the domestic Albanian secret service and other foreign agencies that suggest Selimi has close ties with criminal groups.

Selimi was appointed to the high court in 2011, and has spent over twenty years in the judicial field.

He did not attend the hearing before the Commission on July 27 out of protest that the process was compromised by leaks of information about him in local media. Before the hearing, local media Top Channel claimed to have obtained intelligence documents on him, which Selimi demanded be investigated as a compromise of the investigation.

The Commission rejected his request.

During the hearing, the International Monitoring Operation (IMO) presented a report from an unnamed foreign agency which details how Selimi prevented a convicted drug trafficker, Arben Isufaj, from being extradited to Italy in 2015.

The report also claimed that Selimi used a car owned by the trafficker’s chauffeur from 2010 to 2012.

More evidence came forward in the hearing after the Office of Classified Information in Albania reported Selimi’s alleged criminal ties, stating that he was “inadequate for the position” that he held, and that such relationships could “put him under pressure from organized crime.”

He is the fourth member of the Albanian High Court to be dismissed as a result of the Commission’s investigations.

The Vetting Commission was set up last year to root out corruption, and has so far demolished the ranks of judges, many of whom have retired early to avoid being investigated. This has left the country without an operational Constitutional Court or High Court.