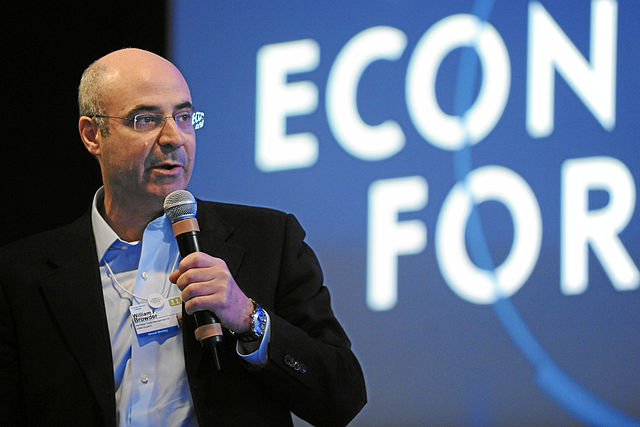 Bill Browder (CC BY-SA 2.0) Bloomberg reported that Browder’s newest criminal complaint targets 26 bankers who worked for the Estonian unit of Denmark’s largest lender, which has been embroiled in controversy over allegations that it’s Estonian arm was used to launder some US$ 9 billion.

He has filed similar complaints with State Prosecutor for Serious Economic and International Crime in Copenhagen and with the Danish government.

Browder’s accusations focus mainly on Russian money he says was funneled through Danske’s Estonian unit between 2007 and 2013, some of which can allegedly be traced to transactions linked to the death of his lawyer, Sergei Magnitsky.

Magnitsky was a Russian lawyer who died under suspicious circumstances in a Russian prison after exposing the theft of $230 million of tax payments by high-ranking government officials and organized criminals. A recent trove of leaked bank data suggests that Magnitsky money was funneled through Danske to fund luxurious lifestyles of Russian oligarchs and politicians.

According to Financial News, $18 million of the laundered Magnitsky money allegedly ended up in a Swiss account controlled by Sergey Roldugin, a well-known cellist and godfather to Putin’s eldest daughter.

Browder first asked Danish and Estonian authorities to look into money laundering allegations at the bank five years ago, according to Barrons, but neither country took any enforcement action. His new charges rely on additional information revealed from leaked financial records reported in 2016 as part of the Panama Papers.

Earlier this year, OCCRP reported that the Estonian branch of Danske closed the accounts of several companies in 2013 after realizing they had been used by members of Putin’s inner circle to launder huge sums of money. Another investigation — the Russian Laundromat — revealed that US $20–80 billion was moved out of Russia through a network of global banks, including Danske.

Before being expelled from Russia, Browder operated Russia’s biggest Western-backed hedge fund, Hermitage Capital. Since Magnitsky’s death, he has led the international effort to sanction Russians involved in human rights abuses with the so-called Magnitsky Act.

"What the Russians have said very clearly on a number of occasions is they'd like to get me back to Russia ... and once I'm back in Russia, they would like to kill me,” Browder told CNN. “Anything that begins that process is effectively a death sentence for me."

In exchange for Browder, Putin offered to let US investigators question 12 Russian intelligence officers indicted for hacking into the computer systems of Hillary Clinton’s 2016 election campaign.