The International Monetary Fund has approved Ukraine’s revised plan for an anti-corruption court which, once it’s signed into law, will unlock the next US$2 billion loan tranche, Reuters reported Wednesday. 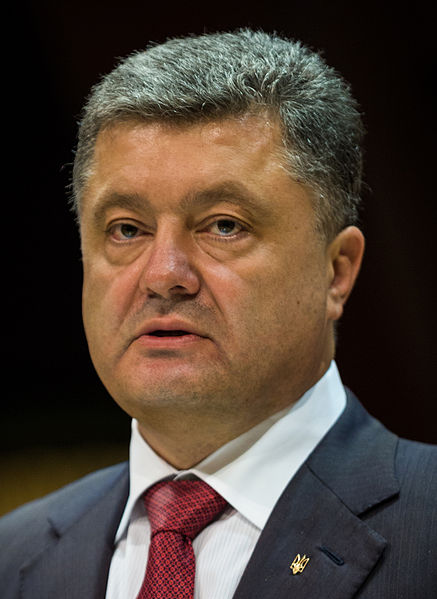 Ukrainian President Petro Poroshenko. (Source: Claude TRUONG-NGOC) The creation of a corruption court has been in progress for the better part of a year, and has faced scrutiny and criticism from activists, international bodies, and politicians.

After President Petro Poroshenko announced the creation of a court in late 2017, and later introduced the first bill in January, the head of the Ukraine IMF office criticized the bill for a lack of transparency and accountability. The first reading was in March, and the court itself was created in early June, a week after the country opened a corruption-themed park in the capital city’s botanical gardens.

Earlier this month, Ukraine’s parliament approved amendments to the law created for the establishment of the court after the IMF deemed them to be too loose.

"The legislative framework for the High Anti-Corruption Court, once the recently adopted amendments are signed into law, will be consistent with the authorities’ commitments under Ukraine’s IMF-supported program," an IMF spokeswoman told Reuters.

The court is meant to protect judge decisions from political pressure and bribery, while making Ukraine a friendlier business environment for foreign investors.

The $2 billion loan tranche is part of a $17.5 billion bailout package for Ukraine. The country has only received half of it, and none since April 2017. With debts mounting, the country is steadfast on meeting the conditions of the IMF, but facing pushback on plans to raise gas prices and other austerity measures.