Scotland Yard Under Investigation for Corruption

The anti-corruption unit at Britain’s biggest police force is under investigation for interfering in investigations, racial discrimination, and failure to probe allegations of wrongdoing, Jonathan Green, a director of the police watchdog conducting the investigation, told the Sunday Times on Sunday. 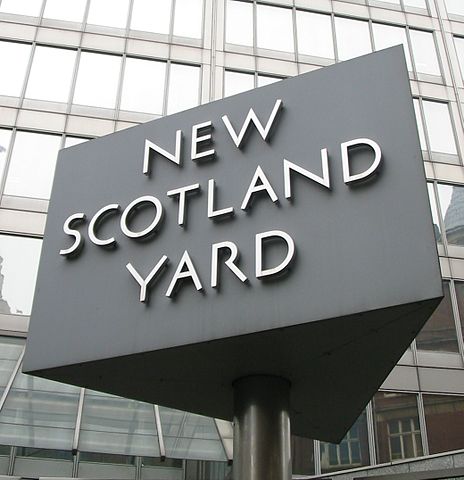 New Scotland Yard buildingThe watchdog, called the Independent Office for Police Conduct (IOPC), received tips from three Metropolitan officers that the anti-corruption unit, known as the Directorate of Professional Standards (DPS), has protected officers who faced allegations of child abuse, fraud, physical assault, racism, and for one police officer, intentionally driving a motorcycle into a member of the public, according to the Sunday Times.

The IOPC is investigating 14 officers including one of Britain’s highest-profile police chiefs.

One officer is under criminal investigation and three have been served with gross misconduct notices, according to Green’s statement.

The investigation was not made public by the IOPC or the Met, but rather the Sunday Times report. However, the Met has confirmed the investigation in a statement, according to The Guardian: “We can confirm the Metropolitan police service has referred allegations regarding the conduct of a number of MPS personnel to the IOPC which is conducting an independent investigation. The MPS is fully cooperating with the IOPC investigation.”

The investigation, named Operation Embley, is the largest in police corruption since the late 1970s when eight police officers were prosecuted over claims that they had received bribes from criminals in return for watering down evidence and warnings about police raids. Four years and four million dollars later, the investigation, known as Operation Countryman, had failed to make any progress and the men were acquitted.

According to the Sunday Times, an IOPC officer said that the “scale and scope” of Operation Embley was “unprecedented.”

Operation Embley will be a defining moment for the IOPC, which was redesigned in January from the previously named Independent Police Complaints Commission (IPCC).

The IPCC repeatedly came under scrutiny for lacking independence from the rest of the police department. It was particularly criticized for its investigations into the deaths of several men in custody and its failure to penalize officers involved, according to the Independent.

In 2017, Scotland Yard refused to suspend an officer recorded struggling with a young black man shortly before he died.

This, along with a series of similar deaths at the hands of police officers, fueled the public’s distrust of the police.

Officials are hoping that the updated version, the IOPC, which has the ability to launch its own investigations without referrals from the police and investigate all disciplinary claims against officers, will renew public confidence in police operations.

“Public confidence in policing is best served by robust and independent oversight,” Michael Lockwood, the new head of the IOPC, said. “People need to know that when things go wrong, or serious allegations are made about police officers, they will be thoroughly investigated by a truly independent body.”