A hefty fine was levied on a Spain-based sports media company after its US arm admitted to bribing soccer officials in Latin America with millions of dollars for rights to World Cup matches, prosecutors announced on Tuesday. 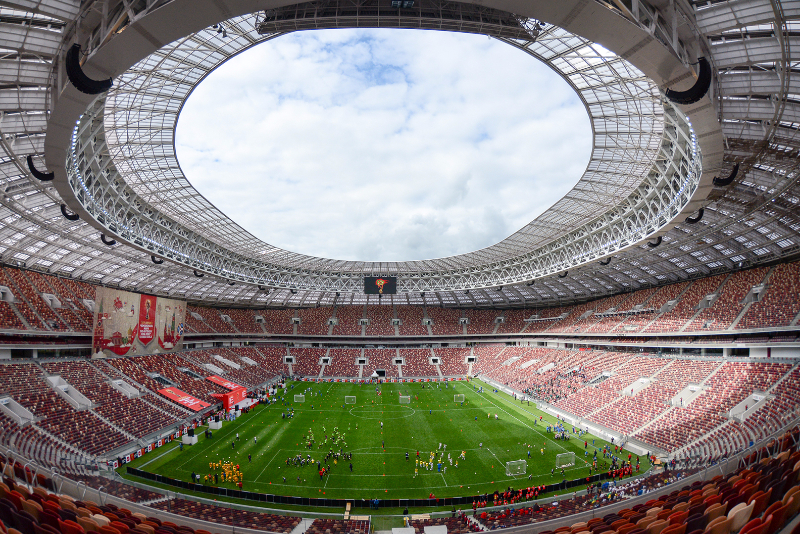 Luzhniki Stadium in Moscow (CC BY 4.0)Imagina US pleaded guilty to allegations that two of its senior executives paid more than US$6.5 million in bribes to high-ranking soccer officials in the Caribbean and Central America to win media and marketing rights to World Cup qualifier matches.

To hide the true nature of the payments, the executives used counterfeited invoices and contracts and moved payments through bank accounts held by conspirators in third-party countries.

A New York judge ordered the company to pay $24 million in restitution and fines on charges stemming from the ongoing US corruption investigation of FIFA.

“Today’s guilty plea is a clear demonstration of IRS Criminal Investigation’s continued commitment to dismantling the corruption that has plagued the world of international soccer,” said IRS Special Agent-in-Charge Damon Rowe in a statement. “We will continue to investigate corporate entities that profit from crooked practices and use the US financial system in the process.”

Among the allegations, prosecutors said Imagina arranged to pay half of a $3 million bribe to Jeffrey Web, then president of the Confederation of North, Central America and Caribbean Association Football (CONCACAF), the governing body for sports in the region.

Webb has plead guilty and is currently awaiting sentencing.

As part of the plea agreement, Imagina US agreed to forfeit some $5.3 million in criminal proceeds from the schemes and pay some $6.5 million to various affected CONCACAF soccer federations in Honduras, Guatemala, Costa Rica, El Salvador, and the Caribbean Football Union.

The firm was also ordered to pay a $12.9 million fine, which its parent company, the Barcelona-based Imagina Media, agreed to pay on its behalf as part of a non-prosecution agreement.

“Using bribery as part of your business plan is a well-known red flag, and this behavior has no place as part of any legitimate business strategy,” said FBI Assistant Director-in-Charge William Sweeney in a statement. “US Imagina, LLC is paying the penalty for their activity which only contributes to the erosion of trust between businesses and their clients.”