Spanish police said Thursday that they have derailed an extensive Eurasian crime network, arresting several high-level criminals known as “thieves-in-law” in one of the country’s largest ever operations against organized crime. 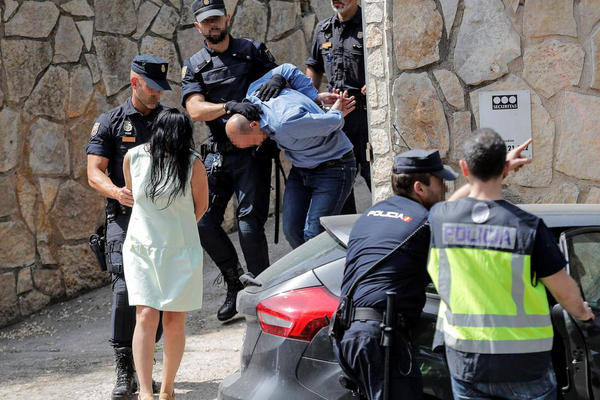 Authorities arrested 129 individuals as part of one of the country's largest ever operations against organized crime (source: Interpol)Operation Kus, carried out in the last week of June, concluded a two-and-a-half year investigation. It resulted in the arrest of 129 individuals across Spain and France, the majority of them Armenian.

Seven of those arrested are suspected “thieves-in-Law,” a title given to those from a Eurasian criminal hierarchy rooted in the gulag prisons of the former Soviet Union.

“This group of Armenian criminals that has been caught is simply the largest and most dangerous group in Europe right now,” Pedro Felicio, head of economic and property crime at Europol, said at a press conference Thursday.

“I’ve been a policeman for several years and I can count on the fingers of one hand operations that I have seen such as this one,” Bloomberg reported Felicio as saying.

During the operation, Spanish police conducted raids at more than 70 properties in several Spanish cities with support from Europol, Interpol, and French and Georgian law enforcement.

Police said the group smuggled contraband tobacco produced in Ukraine and Poland and distributed it throughout Europe. They were also purported to be involved in bribing basketball, beach volleyball, ice hockey and minor league tennis players in Azerbaijan and Russia to fix the outcome of matches.

The investigation was prompted by the murder of two Georgian citizens in Barcelona in 2016, which alerted authorities to a turf war between Georgian and Armenian factions of the vory v zakone, or “thieves-in-law” crime syndicate.

Given the wide scope of the criminal networks, agents divided the operation into two separate phases, the first of which culminated in the arrest of more than 30 Georgian nationals in November 2017.

Paul Stanfield, Interpol’s director of organized and emerging crime, emphasized the necessity of coordinated, international approaches to tackling organized crime. “These criminal networks have no regard for national borders as they seek to make a profit from their illicit activities,” he said in a statement.