State prosecutors said on Thursday that Sara Netanyahu, wife of Israel’s Prime Minister Benjamin Netanyahu, was charged with fraud for spending US$100,000 on outside caterers in the couple’s official residence, Reuters reported. 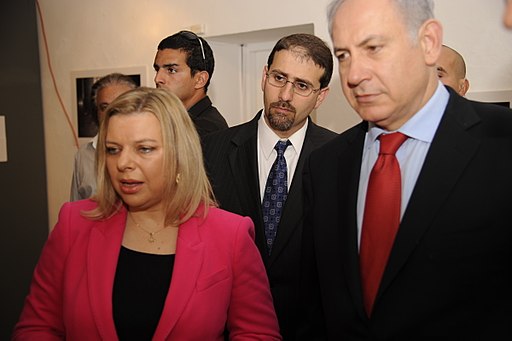 Sara Netanyahu (From US Embassy)Together with Ezra Seidoff, a former deputy director of Netanyahu’s office, Mrs Netanyahu had ordered meals to their residence between 2010 and 2013, according to the indictment.

They were also charged with a breach of trust for misusing public funds. If convicted, they could face up to five years in prison.

Mrs. Netanyahu has denied any wrongdoing.

The indictment also states that Seidoff and Mrs Netanyahu had made expense claims that hid the residence’s employment of a private chef.

State funding is not allowed to be used for ordering food or hiring cooks.

"In this way, hundreds of meals from restaurants and chefs were fraudulently received in the order of 359,000 shekels, " A statement from the attorney general's office said in September.

Mrs. Netanyahu’s legal team said the indictment was “ludicrous,” that there was no fraud and that the food was not for the Netanyahu family.

"It's the first time in Israel and in the world that the wife of a leader is put on trial for food entrees," they said in a statement. “There was no fraud or breach of trust or fraud or any offense.”

They said that the procedure is illegal and was created to target the prime minister.

"The indictment is based entirely on an improper and illegal procedure that was applied especially for Prime Minister Netanyahu and for him alone. Now there was an opportunity to cast a spotlight on the facts. We are confident that in the end justice, truth and logic will come to light.”