Prosecutors and police in Chile raided two Roman Catholic Church offices on Wednesday to seize documents related to a sexual abuse and cover-up scandal that has dogged the institution for months, Reuters reported. 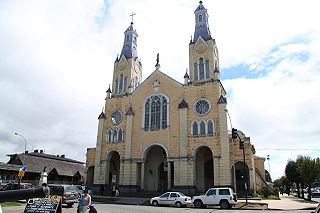 Jaime Ortiz de Lazcano, the legal advisor of Santiago’s Archbishop, was in a meeting with a special envoy sent from the Vatican to look into the claims when he was informed of the impending seizure, according to Reuters.

“I was very surprised when they told me ‘Father, go to the court because there’s going to be a raid,’” he told reporters.

Vatican abuse investigators were scheduled to meet with the country’s top prosecutor just hours later to discuss collaborating on civil and canonical probes into the abuse and cover-up allegations.

“It’s not common that [prosecutors] solicit information from a canonical investigation, but we are entirely willing to cooperate,” Lazcano said.

Prosecutor Emiliano Arias said the raids went well, according to the BBC, and that "[t]his is not an investigation against the Catholic Church, but rather an investigation of reports of sex abuse by members of the Church."

“In Chile, everyone is subject to ordinary justice,” he said.

Chilean prosecutors have also formally requested information from the Vatican about clergymen and Church workers accused of sexual abuse, the local El Mercurio newspaper reported according to Reuters.

The raids came just two days after Pope Francis accepted the resignations of three Chilean bishops, including the controversial Juan Barros of Osorno.

Barros has been at the center of Chile’s mounting scandal since Pope Francis appointed him Bishop of Osorno in 2015, despite objections from local congregations, the papal’s own sex abuse prevention advisers, and multiple of Chile’s other bishops, according to the Washington Post.

Barros has been accused by molestation victims of witnessing, ignoring, and concealing abuse by Father Fernando Karadima, a charismatic priest who was sanctioned by the Vatican in 2011 for sexually abusing minors.

Pope Francis vehemently defended Barros earlier this year, calling the accusations against him “slander,” according to the Guardian. He later admitted to having made “grave errors” of judgement, however, and invited the victims to Rome to beg for their forgiveness.

After Barros’s removal, an abuse survivor who has been an outspoken critic of the Bishops appointment, Juan Carlos Cruz, tweeted, “Today begins a new day for the Catholic Church in Chile… We hope this is the beginning of the end of this culture of abuse and cover up in the Church.”

Approximately 80 Roman Catholic priests have been reported to Chilean authorities for alleged sexual abuse over the past 18 years, according to the BBC.