After receiving a tip-off about a colla — a group that delivers illegal shipments — and a tobacco drop-off, police in a Spanish town bordering Gibraltar dispatched an undercover vehicle but it was blocked by a burning barricade and pelted with bricks, flares and Molotov cocktails, El Pais reported Wednesday. 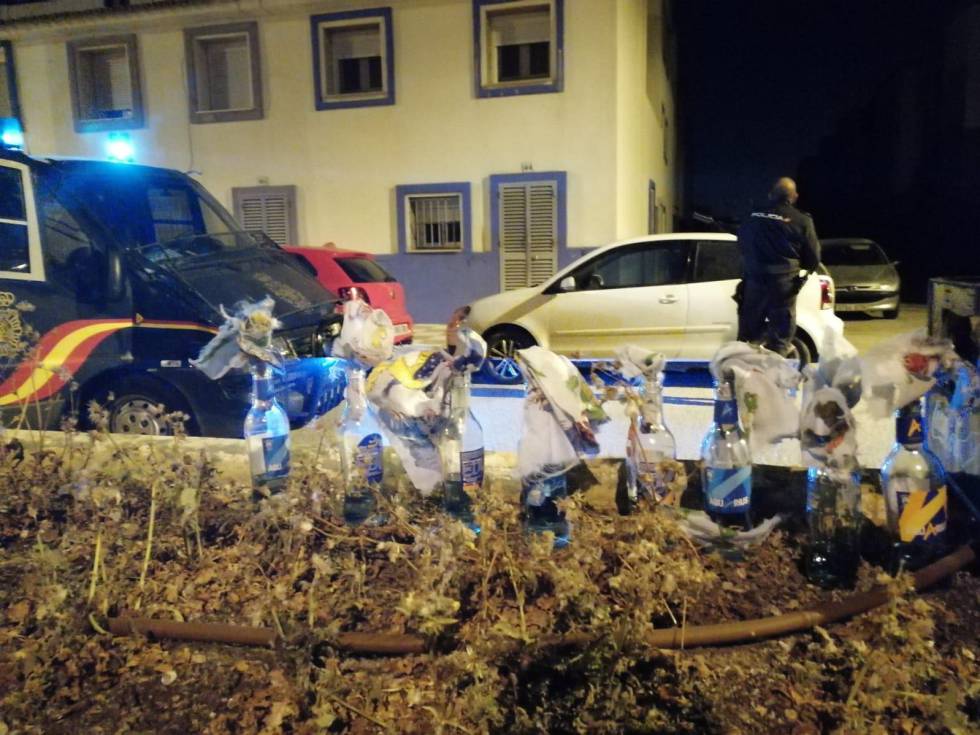 Molotov cocktails seized after the ambush (From: Jucil Nacional)The ambush occurred in the San Bernardo part of the town of La Linea de la Concepcion. The neighborhood is adjacent to La Atunara, a maze of little streets where drug gangs have built “fortresses” for their illegal wares.

The patrol called for reinforcements but couldn’t prevent two officers from getting wounded and multiple cars being damaged.

After the attackers had fired off their projectiles, the street lights went out and about 20 teens vanished between the low-rise fishermen’s houses. One 15-year-old was held after assisting arrest.

Police suspect the attackers cut street light cables so they could escape.

“We know that they try to mislead us: when they are going to drop off a shipment they call in with a false lead so we will go to another location,” said one officer.

“We also know that if we block their path when they are transporting merchandise they will not hesitate to ram our vehicles with their powerful stolen cars,” he added. “But we weren’t expecting them to actually ambush us.”

El Pais said the attack might have been retaliation for the arrest of a local drug kingpin and a leader of the Castana gang, Antonio Tejon Castano.

Drug violence has been on the rise in the south of Spain. Unemployment and a large presence of gangs convinced many youth and families to get their share of the profitable business.