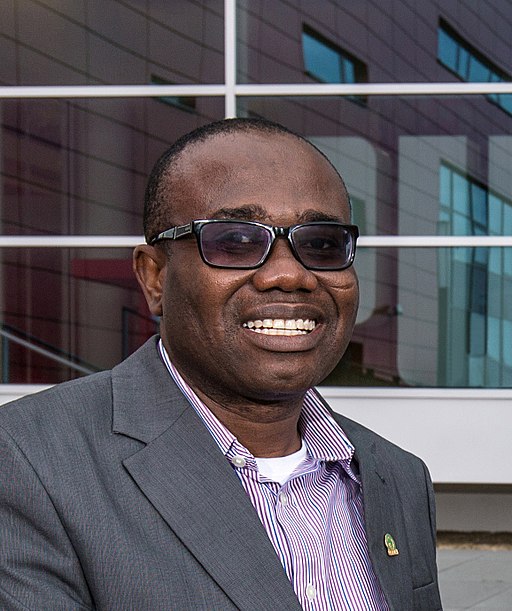 Kwesi Nyantakyi (By: Puma)For over two years, controversial Ghanaian investigative journalist Anas Aremayaw Anas and the team of Tiger Eye Pi filmed dozens of hours of footage of officials, including a member of the FIFA Council and a referee for the World Cup, accepting cash gifts, BBC reported Thursday.

FIFA’s rules forbid any officials from receiving gifts that create a conflict of interest but its council member for Ghana, Kwesi Nyantakyi, was filmed stuffing a plastic bag with US$65,000 in “shopping money” that he received from an undercover reporter who pretended to be a businessman.

Nyantaki agreed to a sponsorship deal that the reporters had invented which would have made millions of dollars destined for Ghana’s Football Association disappear into one of his own companies.

“After a meeting of the Executive Committee this afternoon I decided to resign as President of the Ghana Football Association,” Nyantaki said in the statement announcing his resignation.

“In the said report I committed a series of errors of indiscretion,” he said. “I gravely associated the highest office of the land – the presidency – with private discussions I had with “Scammers” who deceived me into thinking they were genuine persons interested in investing in our country.”

Kenyan referee Adel Range Marwa resigned from going to the World Cup after having been filmed receiving a gift of $600.

In the footage, minutes after having met the undercover reporter, Marwa said, "Thank you for the gift, but you know, the most important is our friendship, getting to know each other.”

FIFA said its investigative and judicial bodies will investigate what the documentary exposed.

The documentary footage shows how referees and officials accept gifts of cash right before the start of Ghanaian and international football games.

One referee says: "We need your team to play well. If the opponent is playing in your own half, how we are giving to give a penalty to you?"

When prominent Ghanaian lawyer Charles Bentum accused Anas and his team of entrapment and enticement, Anas replied, "The ethics are clear how a referee is supposed to behave.”

“So if you are seen tilting the scale of justice in favour of one team it's wholly unacceptable, let alone stretching your arm to collect money," he added.

On Monday, FIFA formally approved the bid made by Morocco to host the 2026 World Cup.