A Swiss lawyer will spend two months in jail after telling British and US authorities that his clients, two Russian oil traders, violated sanctions on Iran, Bloomberg reported Wednesday. 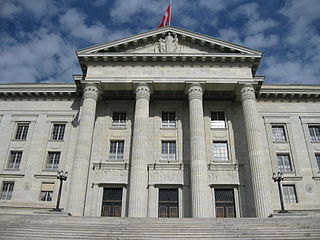 In a March 26 letter to the director general of Britain's top security service, Parish claimed that Seitnepesov, the managing director of Integral Petroleum SA, “runs a sophisticated fraudulent array of offshore companies as part of his oil trading business” in order to evade sanctions on trading with Iran and to conceal illicit transactions with sanctioned entities in Russia and Iran, Bloomberg reported.

Parish wrote that after carefully weighing his professional commitments, he felt “legally and professionally entitled, or even obliged, to provide this information,” according to Bloomberg reporters who have seen a copy of the letter.

He made similar accusations on May 1 to the US Office of Foreign Assets Control, which monitors possible sanctions violations.

However, according to Seitnepesov and Ryndin, the claims are false and meant to coerce them into paying an inflated legal fee of CHF 898,000 (US$ 910,000) for work in March and April of 2017.

The oil-traders' complaint cites an email from Parish in which he writes that upon payment, “I will withdraw all my various complaints to different authorities, and I will use my reasonable endeavours to ensure that those complaints are not thereafter pursued,” according to Bloomberg.

In a partially-redacted press release previously posted on the website of Parish’s Gentium Law Group, the firm claims it has been the victim of a fraud by a Geneva oil-trading company that refused to pay some CHF 890,000 for arbitration work.

Parish was deemed a flight risk last week, according to Bloomberg, and is currently being held in a Swiss jail while the investigation is conducted.

Switzerland has a notable history of fiercely pursuing whistleblowers. In 2015, the Swiss government sentenced Herve Falciani in absentia to five years in prison for violating bank secrecy laws.

Falciani was credited with the biggest leak in banking history in 2008 after having exposed how 106,000 HSBC clients holding more than US$100 billion in their accounts used the Swiss banking system to launder money and evade taxes.

The Swiss justice ministry has submitted multiple failed requests for Falciani's extradition, most recently in April 2018.