Spain Ousts PM in No Confidence Vote Amid Graft Scandal

Mariano Rajoy became the first Spanish prime minister to be ousted from office on a vote of no confidence on Friday after being chased by an extensive corruption scandal involving a number of his party members. 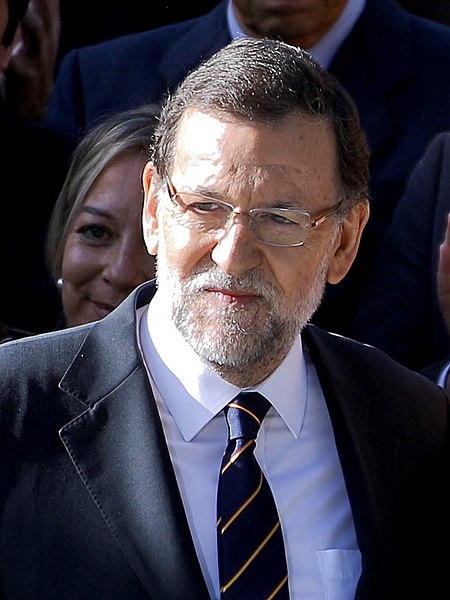 Mariano Rajoy (PP Comunidad de Madrid, CC BY 2.0)He will be replaced by Pedro Sanchez, the leader of the Spanish Socialist Workers' Party, PSOE, which championed the motion to unseat Rajoy.

Rajoy’s removal from office carries an important message, according to managing editor at El Pais, David Alandete: Spain will not accept explicit and purposeful corruption in its highest ranks of government.

Despite a resurgence of the economy after years of turbulence stemming from the 2008 financial crisis, Alandete told the Organized Crime and Corruption Reporting Project that dishonesty and fraud ultimately catalyzed Rajoy’s political downfall.

“The standards are much higher now,” he said in a phone interview.

The no confidence motion was initiated by the Socialist opposition party last week, one day after the former treasurer of Rajoy’s Popular Party, PP, was sentenced to 33 years in prison and fined €44 million (US$51 million) for his participation in a ‘kickbacks-for-contracts’ scheme.

The judges sentenced 28 other businessmen and politicians associated with PP to a combined total of 351 years in jail for crimes relating to fraud, embezzlement and money laundering. They also ordered the party to pay a fine of €245,000 (US$285,000) for operating a slush fund, making PP the first political party to be convicted in Spain.

Throughout the course of the scandal, Rajoy repeatedly shirked responsibility.

In 2013, he denied all wrongdoing and dismissed the corruption allegations as “rumors” and “blackmail.” During a debate Thursday morning, he accused PSOE of political opportunism and defended the integrity of his party. “There have been corrupt people in the PP, but the PP is not a corrupt party,” he said, according to the Guardian.

By Thursday afternoon, the Basque Nationalist Party (PNV) joined the anti-austerity Podemos party and the two biggest Catalan pro-independence parties in backing the PSOE motion, securing the majority of votes needed to pass the no confidence measure.

“This isn’t simple; this isn’t easy,” PNV spokesman Aitor Esteban told the Guardian. “But we have to do it.” He said last week’s convictions had marked “a before and an after.”

The abrupt change in leadership comes amid a territorial and constitution dispute over Catalonia, which has been defined as one of the most challenging political crises the country has faced since returning to democracy in 1978.

Sanchez will be sworn in as the new prime minister over the weekend and will appoint his cabinet next week.