A Russian journalist who frequently criticised the Kremlin and was on Tuesday reported to have been killed, shocked the public when he appeared alive at a Wednesday press conference of the Ukrainian state security service. 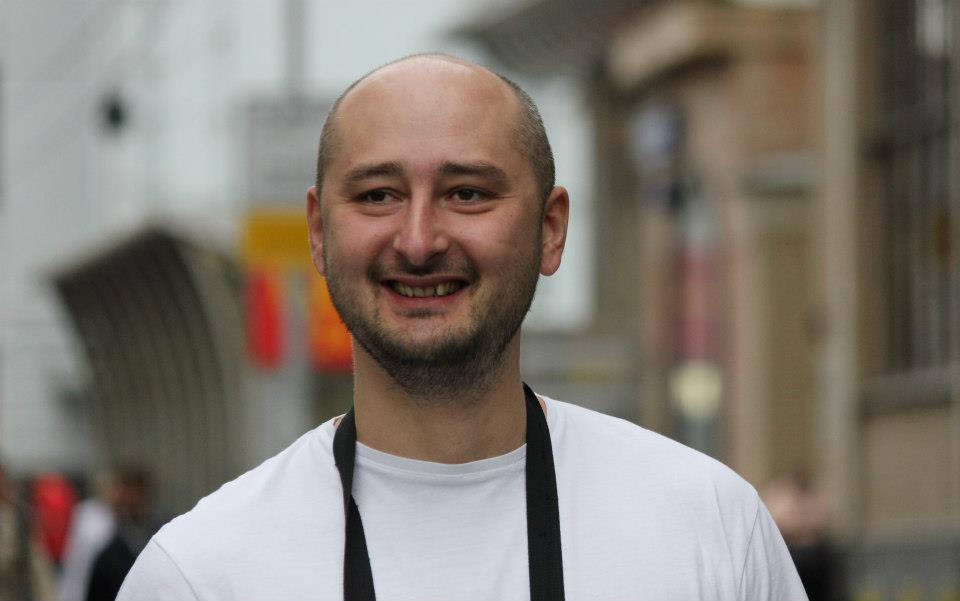 "We were able to foil a cynical plot and prove how the Russian security service was planning the crime," said Vasyl Hrytsak, the head of Ukraine’s Security Service (SBU).

Ukrainian authorities first announced that Arkady Babchenko, 41, was shot three times in the back when he left his apartment to buy bread and was found bleeding in the entrance by his wife. He allegedly died in the ambulance.

On Wednesday afternoon, Hrytsak called a press conference and briefed reporters about a months-long operation that revealed Russia’s security services had ordered Babchenko’s murder and sought to pay US$40,000 for it.

Moscow’s plan to kill Babchenko was just one in a series of attempts to physically eliminate Russians who left their homeland and were objectively reporting on events in Russia, he said.

He then showed hidden camera footage of a Ukrainian citizen being paid US$ 30,000 and then another one showing Ukrainian security agents arresting the person.

Hrytsak then shocked the public when he announced that Babchenko was actually alive and that the Ukrainian security forces had staged his murder as part of an investigation into who ordered it.

He especially apologized to his wife who did not know the murder was staged.

“Olechka, forgive me, but there was no other way,” he said.

Babchenko thanked Ukrainian authorities for saving his life and said he agreed to cooperate a month ago.

Babchenko was a war reporter during the wars in Chechnya, which he chronicled in his memoir One Soldier’s War. He was an opponent of war and critical of Russia’s annexation of Crimea.

He fled Russia to Prague, Israel and later Ukraine after he had received death threats because he expressed indifference over the 2016 crash of a Russian military plane that killed a military choir and other passengers.

In Kiev he reported for Crimean TV channel ATR, which has also been critical of the annexation of Crimea.

Before it was announced that the murder was staged, Ukraine’s Prime Minister Volodymyr Groysman accused Russia of being behind Babchenko’s killing.

"I am confident that the Russian totalitarian machine did not forgive him his honesty and principled stance,” he said in a Facebook post.

Russia’s presidential press secretary Dmitry Peskov condemned the murder and said that claims that Russia was behind it were "the top of cynicism."